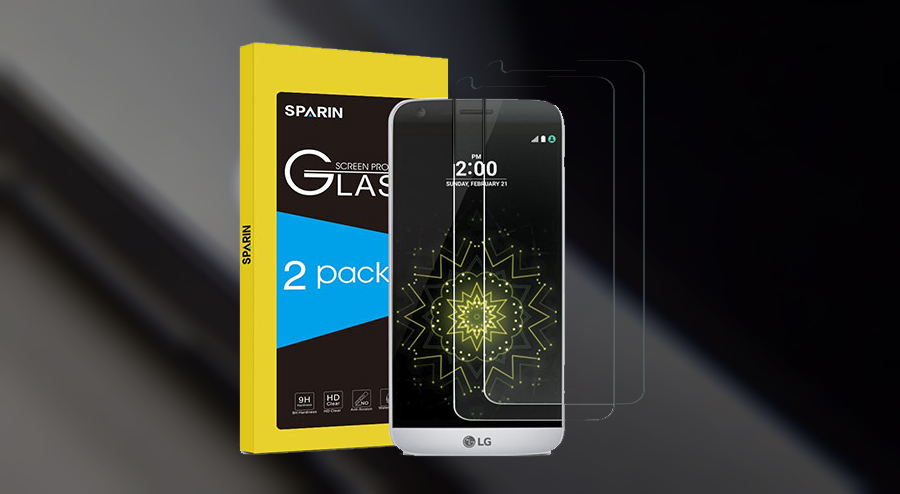 You want it, we want it… it’s the LG G6 we’re talking about and it’s an amazing smartphone, able to compete with pretty much any other flagship released until now or on the verge of making its debut.

The bad part about LG’s new top notch model is that it’s pretty darn expensive, so you must be very careful with it. Fortunately, there are tons of accessories already available for it, helping you to keep it safe.

We already covered some of the best cases, so it’s time to focus a bit on that weird display, with it’s round corners and 18:9 aspect ration. Keeping it short, we’re talking about some protective films!

These are some of the best LG G6 screen protectors of the moment, great for keeping scratches and cracks away! 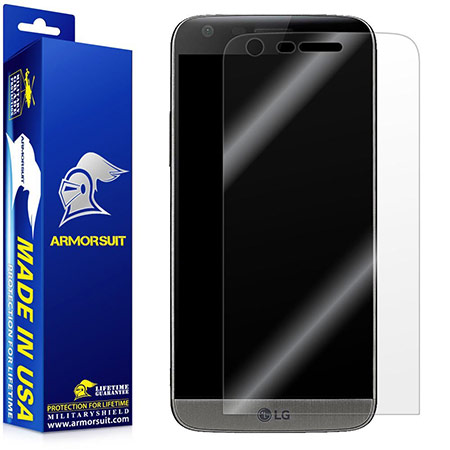 Ultra clear and amazingly thin, this LG G6 screen protector matches your phone perfectly, being very easy to apply, while the design assures full coverage, including the curved corners and edges of the smartphone.

It’s made of scratch-proof, ultra-tough and optically clear material, which won’t get yellow in time! Also, it features a Military Shield self-healing technology, which helps eliminate minor scratches on the film all by itself. 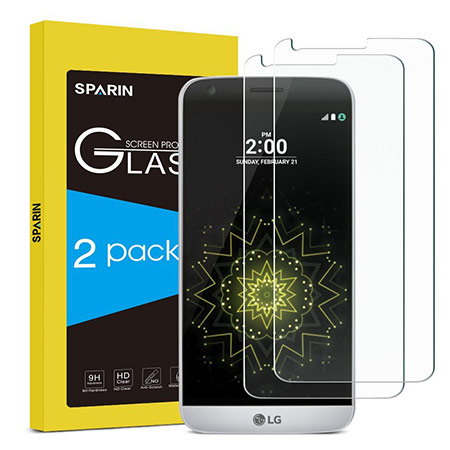 If you prefer something a bit harder, you can opt for a tempered glass protector, like this model, from SPARIN. It’s made of 9H Japanese imported glass, being able to keep dirt, dust and scratches away.

Also, it measures just 0.3mm in thickness and has 99% transparency, preserving the original viewing quality and touch sensitivity.

It will cover the full front of the LG G6, including the areas around the camera, so the whole ‘face’ of your new smartphone will remain safe and sound, as long as the film is on. 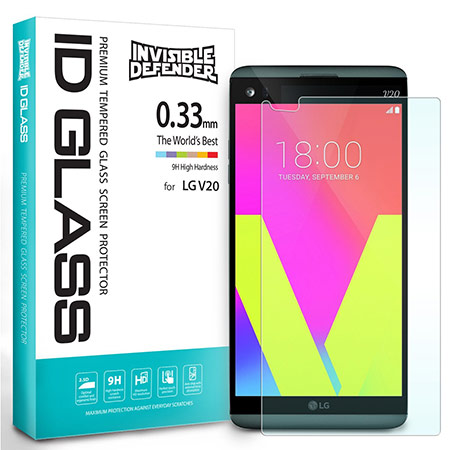 The next LG G6 screen protector in our top comes from Ringke and it’s one of the slimmest models on the market, measuring just 0.33 mm in thickness!

Despite this, it has a 9H hardness, for that extra strength, being able to prevent scratches, breakage and dents.

You guessed it, it’s made of tempered glass, so even if your phone falls directly on the display, it may have a second chance, due to the increased amount of protection this film offers! And it will fit the phone absolutely perfect, covering all edges! 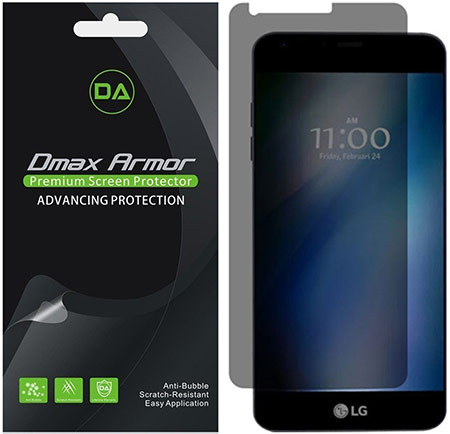 Moving on, we have a screen protector for those who want everything on their phone to remain private, as much much as possible.

If you’re one of them, you might as well check this anti-spy model, coming from the folks over at Dmax Armor, and making the screen visible just to the persons sitting directly in front of it.

It’s a multi layer premium film, with self-adhering surface, leaving no residue when removed. Also, thanks to the 100% bubble-free adhesive it has, the installation process is very easy! 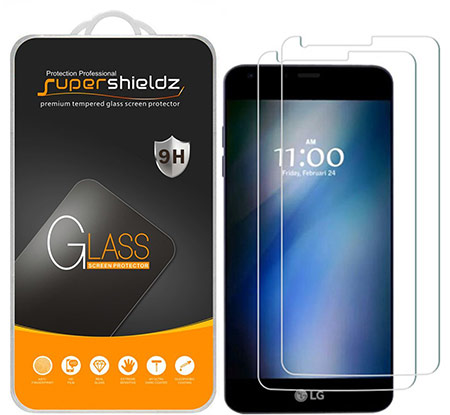 Made from high quality tempered-glass, with 100% bubble-free adhesives, and featuring a 9H hardness, this LG G6 screen protector is definitely one of the best choices for anybody who has the tendency to drop phones.

Even though it’s a tough model, it maintains a 99.99% clarity, as well as the original touch experience.  Also, being hydrophobic and oleophobic coated means that your phone is protected against sweat and oil residues from fingerprints. Sounds like a great deal, isn’t it? 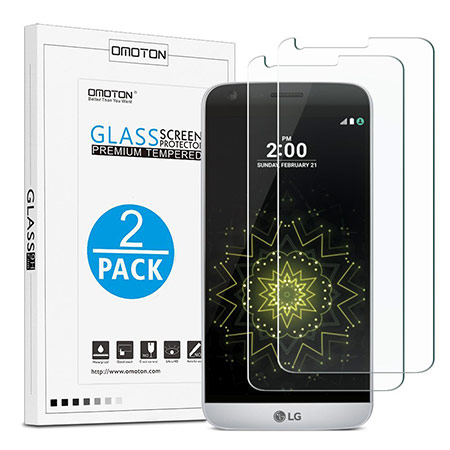 Thanks to the laser-cut dimensions, this screen protector is able to perfectly cover your LG G6, not to mention it’s a 9H hardness model, so it can effectively keep scratches from keys, as well any other things it comes in contact with daily, away with ease.

It’s very easy to install and it maintains the perfect touchscreen experience, thanks to the HD Retina Clarity.

Also, let’s not forget that it’s also oleophobic and hydrophobic coated, just like the previous model in our list, so you don’t need to worry about any nasty fingerprints or oil residues affecting the screen’s response. 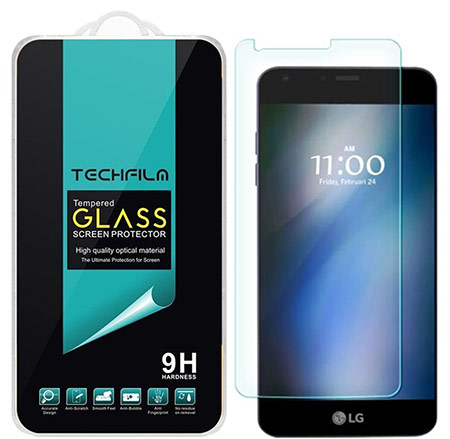 And finally, we have another LG G6 screen protector, made of tempered glass and featuring the same 9H super though protection, coming from TechFilm.

It was also accurately design to perfectly align and fit the screen, so yon don’t need to worry about the installation, since the process is really easy. Besides this, it also has bubble-free adhesives, so again, it takes just a few moments to attach it.

And this wraps it up! Below you can check out some of the best LG G6 screen protectors, one of the first accessories every new owner should buy, if you ask us. Even though these products are pretty much the same thing, it doesn’t mean we don’t have a favorite!

9H hardness and just 0.3mm in thickness? You just can’t beat this, that’s why our pick for today is SPARIN’s Ultra Clear model. Add the fact that it completely covers the front and you’ll understand why we’ve decided upon it.

But what about you? Which LG G6 screen protector would you choose and why? Let us know, by dropping a few lines in the comments section below!