So the iWatch is now the Apple Watch, and analysts are predicting huge growth this year in the “smart watch” market. Yet despite all the buzz, some of us are still trying to wrap our heads around what a smart watch actually is.

Is it just an extra appendage to your smart phone? If so, what’s the point? Who doesn’t have their phone on them at all times?

Or, Is it for fitness?

Phones can already track fitness and fitness bands have been around forever.

DON’T MISS: 5 Reasons Why New 2015 Macbook Is Just a Gimmick

Apple’s recent Keynote presentation gave us further insight in to what the Apple Watch itself is all about, but I’m still not convinced it does anything that’s worth such a hefty price-tag.

With that in mind, here are 5 Apple Watch features, and why you DON’T need them:

It Does iPhone Stuff

The Apple Watch will do stuff that your iPhone does. You’ll receive notifications, texts, and even calls. To make use of this feature however you actually need an iPhone, and that iPhone needs to be on your person to sync up.

Unless you’re incredibly lazy, all this really means is that it’s a redundant projector from your pocket to your wrist.

Now assuming there’s a learning curve to using this gadget, something tells me a lot of people will almost instinctively go to their phone even after looking at the watch.

The Apple Watch will do iPhone stuff. Do you know what also does iPhone stuff, your iPhone!

The Battery Lasts All Day

Apple finally has a device that doesn’t need charging every couple of hours!

That’s a step in the right direction I suppose, but then again you’re probably so used to charging your other devices all the time, that this feature has little meaning. When you then realize that to make full use of the watch you’ll need your iPhone anyway, all meaning is gone.

At the very least you’ll have to ensure your iPhone is charged alongside it, so is the Apple Watch’s long battery life really that beneficial?

Perhaps running out of unique selling points, the Apple Watch has been given a “touch to touch sketch” feature. This basically means you can trace crude doodles with your finger and send them to another Apple Watch user nearby, by clanking them together like beer glasses.

This will be great for drawing penises in class and sending them to Dave, but pens and paper have been accomplishing this feat since time immemorial.

No doubt some gifted artist will go viral with their amazing lifelike 3D Apple Watch sketches that pop out of the display, but for most of us this feature amounts to nothing more than Microsoft Paint, something that stopped being fun in 1998.

The words Apple and customizable rarely go together in the same breath, but the mega-corporation assure us that you will be able to add all sorts of colorful bands and materials to your Apple Watch to make it unique.

Ultimately though it’s still a funny square looking thing, and it’s not particularly enhanced by the range of school girl pencil case accessories they’ve shown us so far.

What looks better? Normal watches, and if you’re looking for a fashion statement that’s still the best place to look.

Can we finally say the iPod is dead? Ok, that happened a long time ago, but now you can also play music from your wrist with the Apple Watch!

Considering everything and their mother now plays music, is this just another annoying reason to copy and paste your disjointed music library to another device?

What’s It For Again?

When it comes to modern life there is a certain amount of tech that you NEED in order to function in society and prevent yourself from dying of boredom. The Apple Watch is far beyond something that anyone needs.

Perhaps its only appeal is that it’s made by Apple, and that itself carries a certain symbol of status. But unless somebody comes along and truly innovates the concept, the smart watch is going to remain pointless for a lot of us. 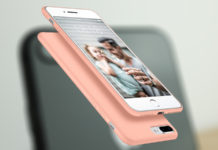 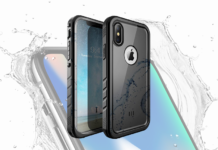 Samsung Galaxy S6 VS Apple iPhone 6: Which one Should You Buy?

5 Apple Watch Features and Why You DON’T Need Them

Keelan Balderson - Mar 26, 2015
So the iWatch is now the Apple Watch, and analysts are predicting huge growth this year in the "smart watch" market. Yet despite all...

How to: The Fastest Way to Transfer Files From PC to PC

Keelan Balderson - Mar 29, 2015
Want to transfer large files at 125MB/s, more than doubling the average USB and wireless connection speed, and with no risk of the transfer...

Anup Kayastha - Apr 14, 2016
Apple just announced the new iPhone SE, and there are already some decent cases in the market. The iPhone SE is similar in design...

LG Watch Style: All You Need to Know