As Tim Cook took the stage, he announced that the first device the audience will see during the event is a new Apple Watch, which is currently the most popular smartwatch in the world! 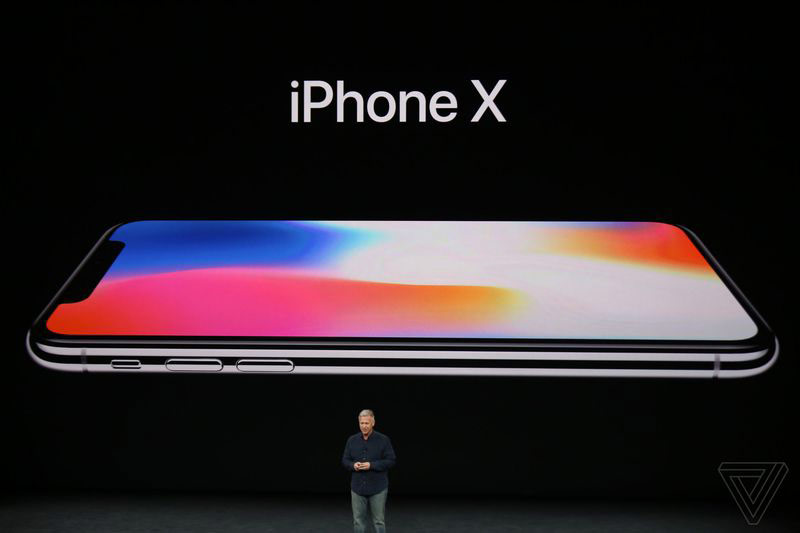 Yes, ladies and gents, we’re talking about the Apple Watch Series 3, the third iteration of the manufacturer’s wearable, now with a bigger focus on health.

The first new feature that smartwatch brings is cellular connectivity, so you can go anywhere, without your phone, and still be connected. And yes, you can took a call just with your watch, with the same number as the one on your phone! The watch has a tiny electronic SIM, while the display acts as an antenna.  And despite all these new additions, the size remained the same!

The new Apple Watch is also compatible with Apple Music and has Siri integrated, so, basically, you have over 40 million songs, directly on your wrist.

Moving on to the technical details, it has a new dual-core processor, called W2. It’s 50% more power efficient, so we’re expecting more battery life as well, as well as a barometric altimeter, a PowerVR GP and 768 MB of RAM. Oh, an, most important, you can take it swimming, since the watch is no 50m waterproof!

The Apple Watch Series 3 will be available starting with September 22, at $329, for the non-cellular version, while the cellular model will start at $399.

Next, it was Apple TV’s turn to receive an update. Like expected, Tim Cook announced that the company’s streaming device will now be able to transmit 4K content! HDR support is also added, in order to deliver a top notch viewing experience.

With a new A10X chip and running the latest tvOS, it’s two times faster and four times better in terms of graphics. And as a bonus from Apple, the new TV set will offer 4K movies at the same price as HD movies. Also, if you downloaded 4K movies until now, they will automatically be updated to 4K HDR, free of charge.

And it’s time for the device everybody is waiting for. Or devices?

Tim Cook started his speech talking about the first generation of the iPhone and how it changed the way people communicate. But what we want to see is the phones Apple worked at for the past year…

iPhone 8 and iPhone 8 Plus

iPhone 8 and iPhone 8 Plus are now official, with glass on both sides and available in Silver, Space Gray and a new Gold finish. Made of aerospace-grade aluminum and glass reinforced by steel, Apple claims that these phones are way durable than the previous generation. And they are also sealed, being able to deal with water!

The handsets come with a new Retina display, stereo speaker and a new chip, A11 Bionic, with a six-core configuration, with two performance cores and four high-efficiency cores. The GPU also received an update as well, being able to support even the most demanding games.

In terms of camera, the iPhone 8 has a new 12MP sensor, with OIS, offering better color saturation and lower noise and videos, as well as improved low light photo capabilities.

As for the iPhone 8 Plus, it has two 12MP sensors, the setup resembling the one seen on last year’s iPhone 7 Plus. The camera on the Plus has a new Portrait Mode as well, allowing you to use various lightning effects, using real time analysis, integrated in the camera’s software.

Moving on to the video shooting capabilities of these phones, they bring a new video encoder, with faster video frame rates, thus better looking clips, even 4K@60fps.

Augmented reality wasn’t ignored either, the cameras being calibrated for AR and including a new gyroscope and accelerometer. Combined with the new A11 Bionic chip, both the iPhone 8 and 8 Plus are able to support AR apps. Just a few of them are now available, but their number will significantly increase in the near future.

We have some great news for those who were waiting for wireless charging: you can finally charge your iPhone without any cables, thanks to the glass back. iPhone won’t offer wireless chargers, though, but recommends some manufacturers that make them, like Mophie or Belkin.

And, finally, there was one more thing…

Made with surgical-grade stainless steel and glass on both sides, the iPhone X is water and dust resistant and will be available in Space Grey and Silver. With an all new 5.8” display, Super Retina, the handset promises to offer a resolution of 2436 x 1125 pixels and 458 ppi, the biggest numbers on an iPhone yet. It supports HDR, Dolby Vision and HDR 10, integrating 3D Touch and True Tone, like the iPhone 8 and 8 Plus.

You can now tap on the screen in order to wake up the phone and, since there’s no home button, you simply swipe up from the bottom in order to go to the home screen from the lockscreen. And the same procedure goes from the entire system and multitasking! As for Siri, you can press the side button and activate it.

In order to unlock the phone, it uses Face ID, which is basically facial recognition, without the need to press any buttons, thanks to the TrueDepth camera system, consisting in a very complex setup, working alongside the front-snapper and neural networks. And it works even in the dark, thanks to a special illuminator. It also works with Apple Pay and it will be integrated in future apps.

Under the hood, we have the same A11 Bionic chip, while on the back, the iPhone X has a dual camera setup, placed vertically, with two 12 MP sensors, with f/1.8 and f/2.4 apertures, dual OIS and phase detection autofocus. The cameras are aided by a Quad-LED flash as well, for low light conditions.

The front unit supports Portrait Lightning as well, so you can take your selfie game to a whole new level!

The phone is also wireless, thanks to the glass back and has a battery able to last with two more hours, compared to the iPhone 7. Speaking about charging, Apple did announce a charging pad, able to fill the batteries of your iPhone X, Apple Watch Series 3 and AirPods at the same time. And it has a name: AirPower. However, it will be available only next year!

The iPhone X will start shipping on November 3rd and will have a starting price of $999 for the 64GB version. A 256GB version will also be available.