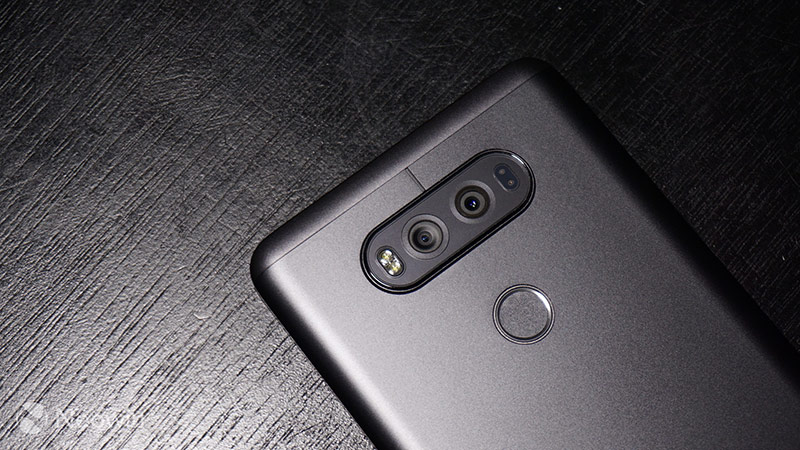 Remember how Sony was launching two flagships per year? Well, it seems like LG started following their example, since in 2017, for the third time in a row, they’re planning to introduce a second high-end model, in the second half of the year.

Of course, we all know that the first flagship of the year is the LG G6, a smartphone which will make its debut in a few days, on September 26, during a special event held in Barcelona, at the Mobile World Congress. As for the second model, we’re talking about the LG V30, the subject of the latest leaks coming from China!

The first details about this handset were spotted on Chinese social network Weibo and they were just enough to help us make a few ideas about what we can expect from it.

First of all, it’s worth mentioning that we can’t guarantee the accuracy of these details, but it seems that the LG V30 is currently in the works and it will be released somewhere in June 2017. Also, it should be a serious upgrade over the LG V20, considering that it will feature, at least according to rumors, a Snapdragon 835 under the hood!

Yes, ladies and gents, LG apparently managed to get their hands on a batch of Qualcomm’s high end chips, after Samsung initially got all of them for their S8 and S8 Plus high end models, and is planning to use them to power the V30.

As a side note, the chip will be paired with 6 GB of RAM, transforming this smartphone in a real beast in terms of processing power! And if a personal opinion is allowed, we’re also expecting a pretty insane amount of internal storage capacity as well, in order to complete the spec sheet.

The leak also mentions a dual camera setup on the back, but also on the front of the LG V30, meaning that this phone will take selfies to a complete new level! Now just imagine that for a bit: two front-facing cameras on a smartphone! This is pure madness!

Moving on, the Quad DAC technology seen on the LG V20 will also receive an upgrade, so the audio department of the V30 will definitely be impressive. Hopefully, they’re keeping the headphone jack, unlike other manufacturers…

Finally, the most interesting rumors claims that the upcoming smartphone will ditch the dual display setup, in favor of something new, but, unfortunately, the trail is pretty cold from this point of view. Honestly, this isn’t such great news, since the secondary display was somehow the feature that made the previous models, V10 and V20, unique. Not to mention that it was pretty cool having a display just for notifications and other important stuff!

And this wraps it up! For the moment, this is everything we know so far about the LG V30, but since we’re talking about one of the high end models expected to be introduced this year, there’s no doubt that more information will be available throughout the next weeks, so keep an eye on our blog, as we will definitely be back on this topic.

Until then, please let us know, using the comments section below, what other features would you like to see at the V30!