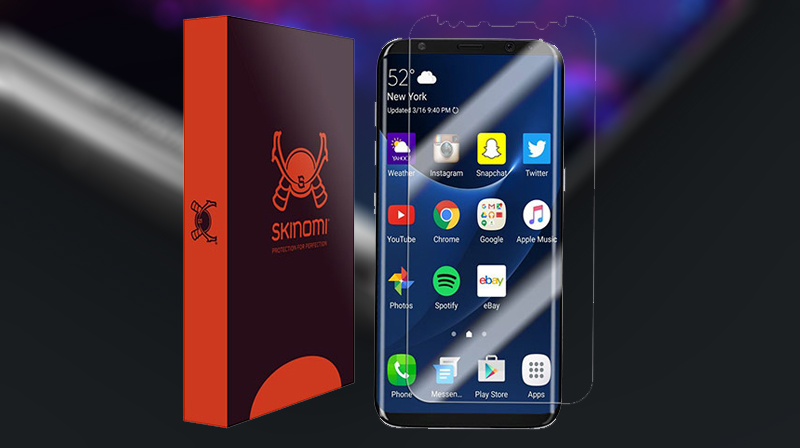 The new Samsung Galaxy S8 has a ridiculously big display, measuring 5.7″ inches and covering pretty much the phone’s entire front. We’re not saying that this something we don’t like, because the way the South Korean manufacturer managed to design this phone is absolutely awesome, with the display playing a very important role in achieving this cool look.

However, since it’s so big, the display is a real fingerprint magnet, not to mention that the edges make the phone pretty slippery. And hey, nobody wants to drop such an expensive and good-looking phone, especially on the screen, right?

You guessed it, today we’re talking a bit about some of the best screen protectors you can choose for this handset, in order to make sure that the glass covering the front stays in one piece.

Without much further ado, these are the best Samsung Galaxy S8 screen protectors: 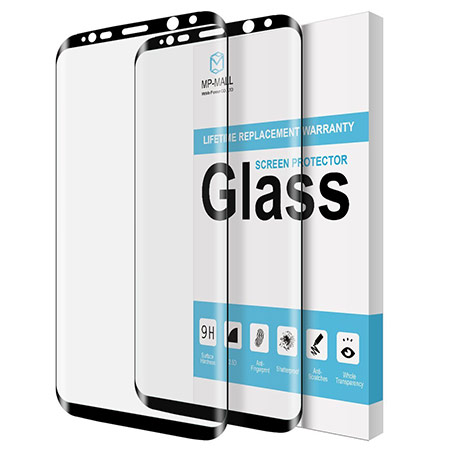 We’ve said it previously and we’re going to say it again: there’s no better screen protector than one made of tempered glass, like this one, from MP-Mall, for example. It provides maximum protection from drops, not to mention that it keeps all scratches away.

As you can see, it has rounded edges, so it will completely cover the Galaxy S8’s display, while the 9H hardness makes is able to withstand some serious damage. Finally, it has a 99.99% transparency, preserving the screen’s original brightness, so there’s no doubt that it’s one of the best options you have. 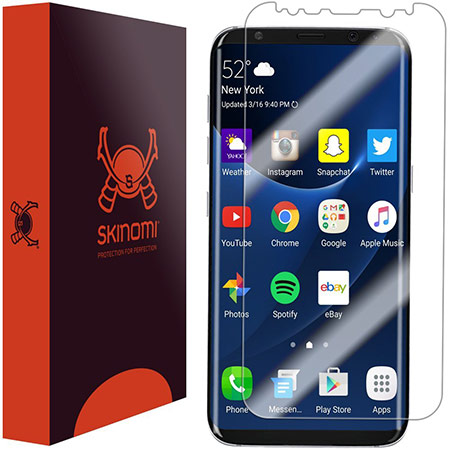 It’s made of self-healing, military-grade TPU, designed to absorb impact and, of course, resistant against scratches. It won’t get yellow in time, like cheaper models, and it’s optically transparent, so it won’t affect the quality of the image. Finally, we should mention the TrueTouch feel, which…well, feels very nice! 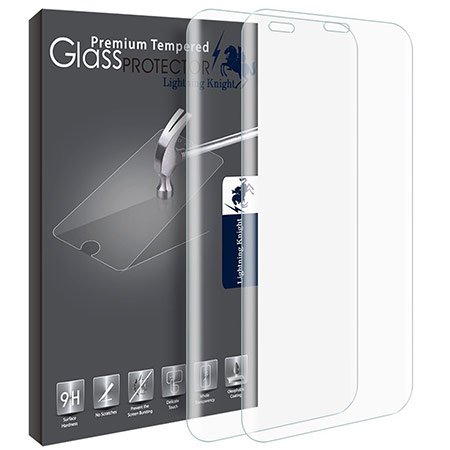 Next, we have a model from LK, made of superior 9H tempered glass, which is also scratch resistant and shatterproof, protecting your display in case of high impact drops. It’s also oleophobic coated, meaning that it keeps the screen fingerprint and smudges free, not to mention that it’s very easy to clean.

On the front, it has laser cut opening, for the camera, speaker and home button, and it’s a very responsive model. It’s very easy to apply, as it comes with simple instructions, so pretty much anybody can install this protective film. 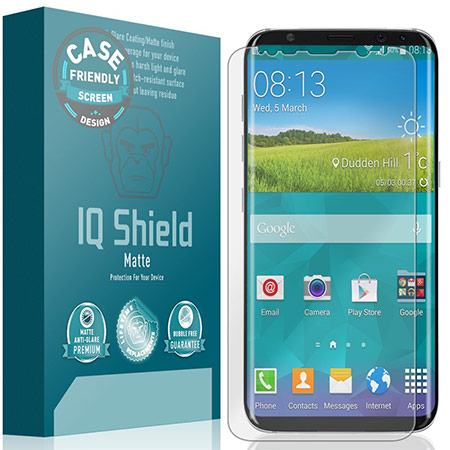 Unlike other common Samsung Galaxy S8 screen protectors, this one, from IQShield, has a matte finish, reducing glare and allowing users to enjoy their device even in brightly lit areas.

Even more, it has a unique coating, preventing dust, grime and fingerprints from appearing on the surface of the screen, as well as scratches, scrapes and dents. It’s very easy to install, thanks to the wet method, so you won’t deal with any bubbles under the film. 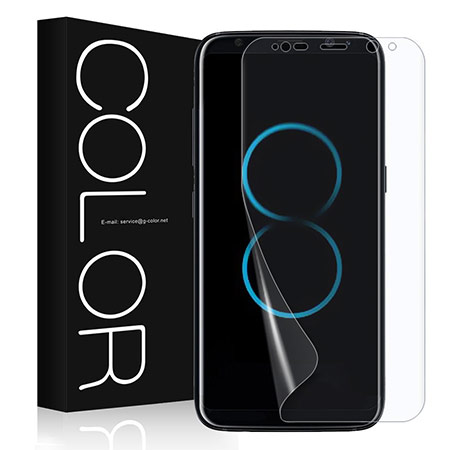 And finally, we have another protector, able to cover the full front of the Galaxy S8, with a really interesting application method. To be more specific, you can slide it around, in order to match all cutouts and edges. Also, if you misplace it, you can simply peel it off and re-apply it.

The film is very slim, so you won’t have issues with cases. Also, due to the high quality TPU it’s made of, this screen protector will make sure that scratches stay away from your phone!

And this wraps it up! These are some of the best Samsung Galaxy S8 screen protectors available right now, all of them being great for adding an extra layer of security to the phone’s front. Even though all of them are pretty much the same things, there’s still one model that stands out…

What made us choose Skinomi’s protector is the self healing technology, able to make minor scratches disappear after some time. Besides this, the fact that it won’t get yellow in time, like cheaper screen protectors do, is another big plus!

What about you? Which one of these films would you pick for your Samsung Galaxy S8 and why? Let us know, by dropping a few lines in the comments section below!