One of the reasons that people are buying iOS devices such as iPhone or iPad is no other than the photo quality.

I have an iPhone 6+, and I love the quality of the pictures. However, there’s one thing that I’m concerned regarding the photos. It’s all about the privacy issues that I had before sharing the photos to my social media accounts like Facebook and Twitter.

When it comes for you to take photos on your iPad or iPhone, it has a feature that your photo is leaving a geotag that may reveal your photo’s real location. Before sharing it on various social media accounts, your iOS device would leave the exact location of every photo that you are taking on it.

As a result, you may experience privacy issues one day. Imagine that you are taking a picture of your dog at home, one of the strangers could be at your doorstep now.

How does it feel when they knew your exact location by just taking a photo of yourself or someone anywhere you want?

Even that your location is private, sharing it to social media accounts could easily detect where you are in that photo. I know how you feel when it comes that they have exposed your privacy, especially when it potentially exposes your home address, phone number, your child’s school, and so on.

I have felt the same way like you before. I want to be honest with you. Before I sell my old iPad Mini, I was taking several photos of myself and my family. I have attended several family and friend occasions, travels and so much more. One time, a guy knocks up at our gate, and one of my helpers opened it up.

He’s one of my friends (but not so-close friends), and he never knew where my house was before. I was surprised that he knew where my house was, asking if I could lend him money for personal reasons. I asked him how did he know that this is my house. It is because he owned an iOS himself and he was aware that the coordinates of my photo.

He didn’t like that I treated him as a hacker, it’s just that the phone itself knew the location of the picture I just uploaded, and he was in an urgent situation. I took some time researching about why these pictures on my iOS device are having privacy issues. I finally figured it out that every photo that was taken with an iOS device has an invisible geotag that cannot be edited. I thought if there’s got to be a way to remove these geotags once and for all. 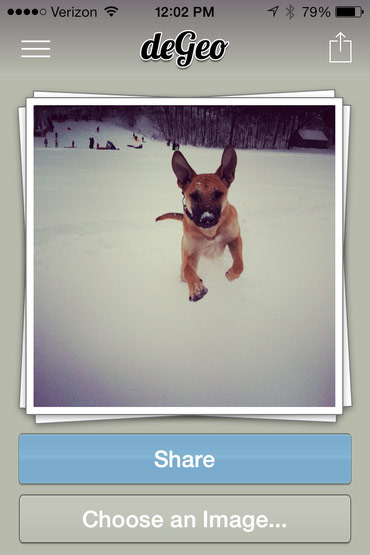 Good thing, another friend of mine shared this app called deGeo Geotag Remover. It cost $0.99 on the App Store for me to download deGeo. Since I have nothing to lose, I decided to try it, and I feel safe in uploading my photos directly.

First and foremost, what is this app anyway?

The deGeo app has the capability to remove geotags from the photos that we stored in any iOS device. In other words, it gives us privacy and safety from revealing our real coordinates in taking any photo that we own in our respective iOS device. Leaking private information in any way cannot be considered likely, and deGeo Geotag Remover is the ultimate problem solver to this issue.

Lifehacker awarded deGeo as one of the best iOS photography apps in 2014. It was also recognized as Gizmodo’s App of the Week last February 2015. I would  It means that it is one of the apps that you should not miss installing on your iOS device.

When you take and save photos on your iOS device, the app automatically removes the geotag embedded on your photo. As they’ve updated to iOS 8, they’ve included a new feature called deGeo Camera. 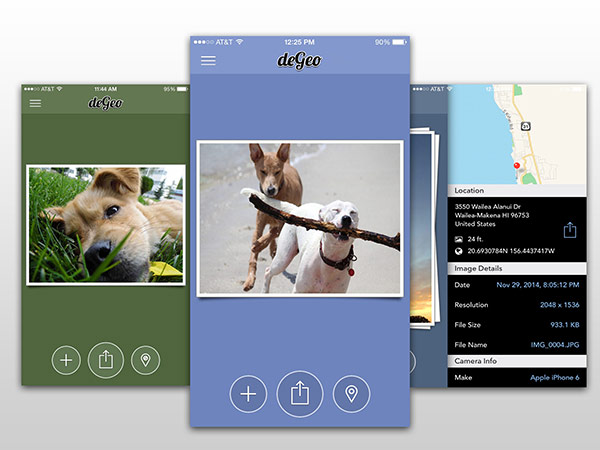 It could help you take new photos without worrying about geotag. It views the details of the geotags and EXIF, which allows you to share your photo safely. It’s also compatible with both iPhone and iPad.

One of the best features in this app is customer support. It is essential for the developer to be active in responding to the concerns of the users. Another thing that I liked about this app is that you can only buy this for $0.99. It may not be free, but it’s worth the money you’ve spent.

The only downside of this app is that there’s no option of deleting or replacing the original photo in an automatic way (tagged). However, it is easy to do this manually.

I can say that deGeo Geotag Remover is worth it. As much as I like to share my photos with the world, but it’s not okay that my privacy details could be exposed publicly. It is essential for an iOS user like you to be protected at all times with this one of a kind app.