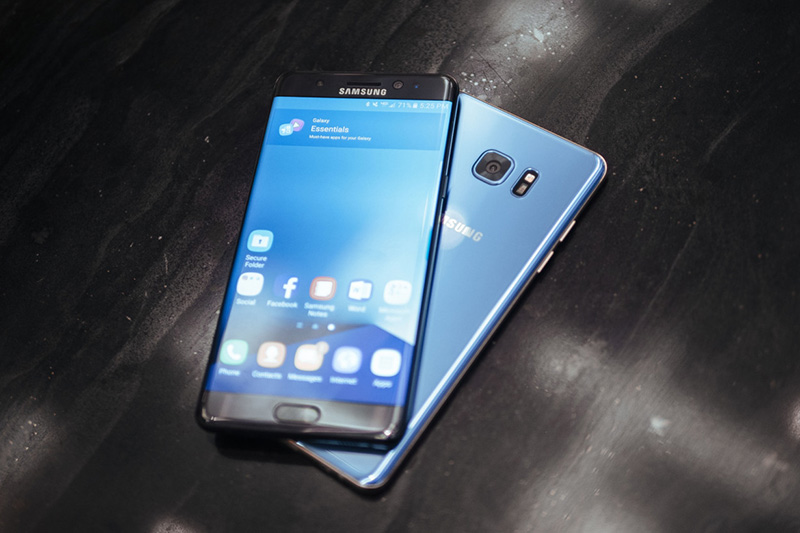 Samsung recently released the Galaxy Note 7 to much awe. Spoiler alert, the phone is huge. But, for some reason, it’s not as heavy.

Early reviewers have been delighted with the Note 7, which is history-making news for the Note series. Reviewers have never been happy with the traditionally bulky phones Samsung has churned out with its Note line. However, the company has managed to do something right this time around.

Notable tech publications have gushed over the phone, praising its screen and even going as far as to declare the Note 7 the most beautiful phone ever made. I got myself a Galaxy Note 7 to see what all the buzz is about.

Already got the Note 7? Check out the best cases for Galaxy Note 7 here.

Read ahead for my review of the most talked-about smartphone of the year yet. 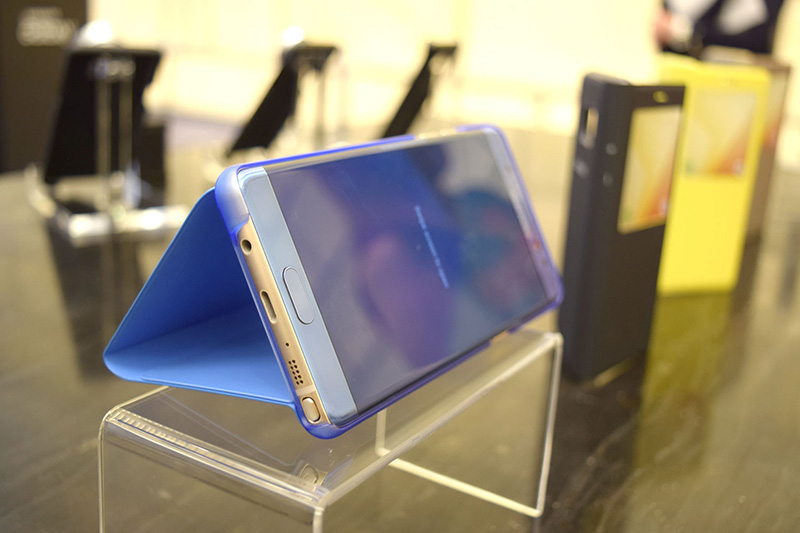 At a glance, the Galaxy Note 7 is not that different from the arguably more popular Galaxy S7 Edge, released earlier this year. The S7 phones and Note 7 share the same processor, RAM, storage and the like. However, it’s very easy to notice the size and the sleekness of the Note 7. The phone is, indeed, a sight to behold. It’s stunningly made with stylish curved edges and dark colors. With the massive size and symmetric design, the Note 7 is definitely a phone that will make anyone do a double take.

If the S7 Edge killed it with the design, then the Note 7 kills it with big phone design. The Note 7 is testament that Samsung has definitely mastered big phone design. Keep in mind though that the Note 7 has not been designed simply for the good looks. The appearance supports improved functionality.

For starters, one of the first things I noticed about the phone is the lovely rounded edges that support the curved screen. The curved screen helps prevent image distortions and offers a perceivably flatter display.

Now, simple logic states that a smartphone with a 5.7-inch screen should be considerably bulky and heavy. I expected the phone to be quite heavy when I picked it up. But surprisingly enough, it was lighter than my iPhone 6S. Also, the Note 7 is much easier to hold than the iPhone with the 5.5-inch screen. I attribute this phenomenon to Samsung’s superior design skills.

The phone screen also impressed me. The resolution is not higher than the S7 Edge, but the screen looks brighter and sharper. With Gorilla Glass 5 technology, the screen is also much sturdier than any other preceding Samsung phone. The Note 7 has Samsung’s latest OLED display, which made the photos I took on the phone look especially flattering.

Design wise, the Note 7 is top notch. The screen is definitely something to write poems about. Now, let’s move onto the new features the phones has. 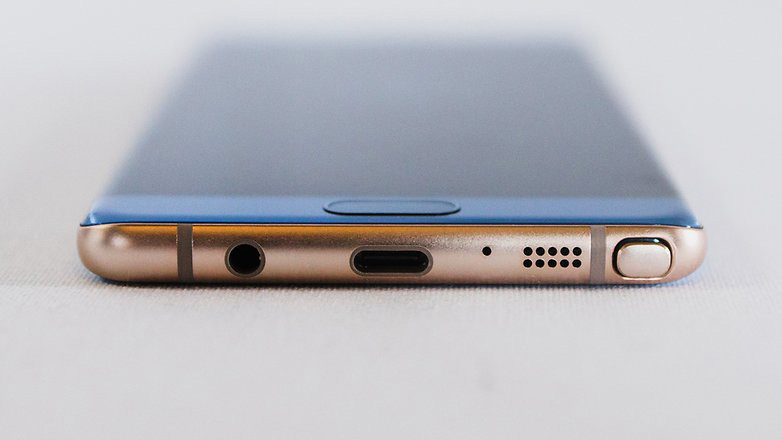 As I’ve mentioned before, both the S7 Edge and Note 7 share similar specs, including the IP68 water and dust resistance.

Notably though, Samsung has increased Note 7’s internal storage to 64 GB, a significant upgrade from the S7 Edge that has only 32 GB of internal storage. Of course, storage is expandable. The Note 7 comes with a USB Type-C port and not a Micro USB jack like with the S-series of phones. The Note 7 also comes with Mobile HDR, a photography technique that makes the pictures you take look better.

The Note 7 comes with cool new functionality offered by the stylus, which I will discuss below.

Samsung has equipped the Note 7 with a 3,500mAh battery. You will get the same if you have the S7 Edge. But if you are using a Note 5, the new battery has close to 20 percent more capacity.

That should give you about an hour or two of more power. The Note 7 battery lasted a full day for me. I had the GPS on, played games, took a bunch of photos, and even watched some short videos. The battery impressively lasted well into the night. 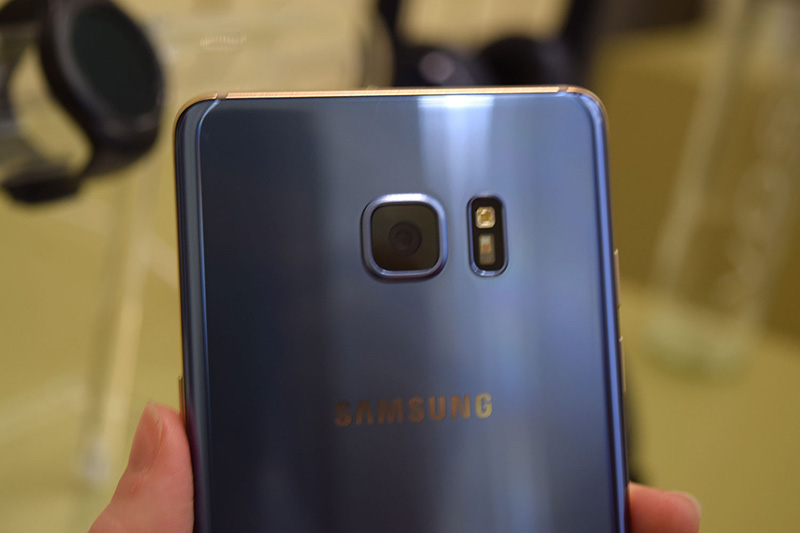 I loved the 12MP camera that came with the S7 phones. I’m more than happy to see the same on the Note 7. The Note 7 camera has an advantage over the S7 Edge camera thanks to the superior display.

Also, the Mobile HDR tech mentioned before is great for taking professional-grade pictures. The auto-focus is slightly faster on the Note 7 in my opinion. Plus, the camera app has definitely been improved on the Note 7. The app is more polished and easier to use. 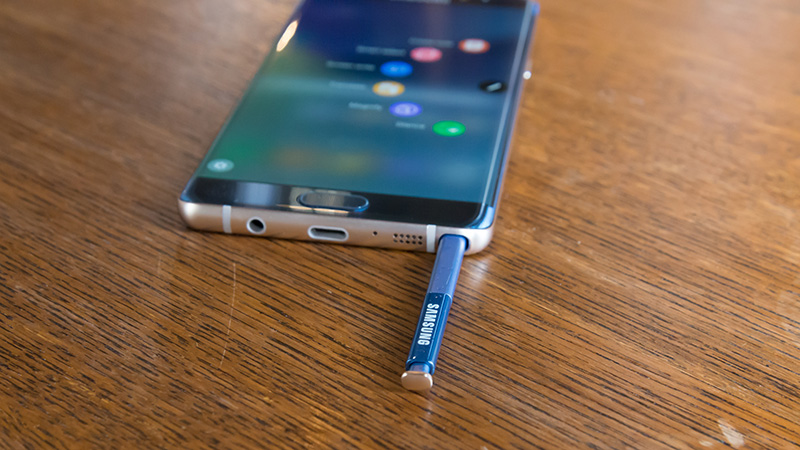 Who would dare to include a stylus with a smartphone released in 2016? Only Samsung. The company officially calls the stylus an S-pen. It certainly gives the Note 7 an advantage over all other smartphones available in the market.

Thanks to the huge screen, I could use the stylus to take notes and sketch by hand. There’s a lag still, but it’s certainly fun. The app offers different styles like marker pen and pencil for note takers.

If you, like me, edit spreadsheets a lot, the stylus would be a lifesaver. The S-pen was very helpful when I had to edit spreadsheet text and do things like select cells.

Also, the stylus comes with quirky Air Commands. Basically, I waved the pen above the screen as Samsung instructed to get the phone to do useful things, like turn on magnifying glass or translate text. The best use for Air Commands is making GIFs. The stylus can select portions of videos during play and automatically convert it into a GIF to share with friends and family. Nifty!

To Buy or Not to Buy

The only thing that would make you pause buying the breathtaking Note 7 phone is the price. The listed retail price is $847. That’s at least $100 more than the S7 Edge, which shares many features with the Note 7.

But, if you can afford a high-end phone like the Note 7, then I say go for it. Some carriers may offer reduced prices in return for a long-term commitment to a phone plan. You might be able to get the Note 7 for bargain or discounted prices come Christmas.

If money is not a problem, the Note 7 is definitely the Android phone to buy this year. It offers an unbeatable design, great specs and the best features possible with the tech that’s currently available.