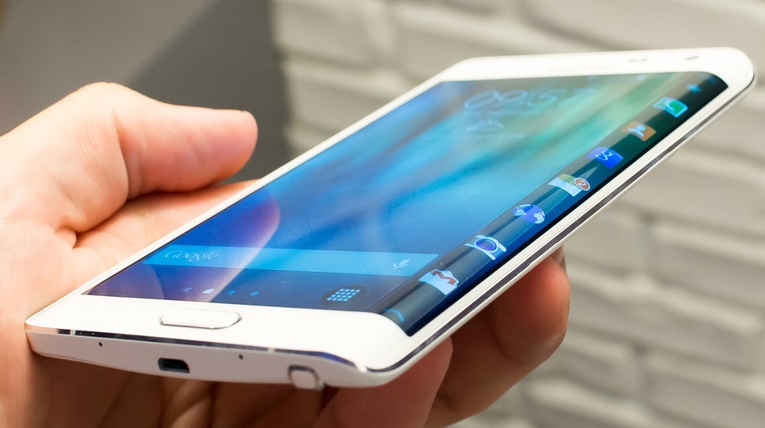 When it comes to innovation, Samsung is one of those manufacturers that like to do this pretty often. A few years ago, they released the Galaxy Round, a smartphone with a curved display, which was nothing but a teaser for what they’re up to.

One year passed and they unveiled the Galaxy Note Edge, a phablet which had a pretty interesting aspect, featuring a display curved on one Edge. It was obvious that Samsung won’t stop here and tech fans all over the world were more and more hyped.

On the other side, smartphone accessories manufacturers weren’t that happy with Sammy’s innovative spirit. We’re referring to screen protectors for handsets with a curved display, like the Galaxy Note 7, to be more specific.

Considering that you own a Galaxy Note 7 and you’re that type of user who like to keep it in mint condition, you must be looking for a nice case and, eventually, a screen protector.

I mean, come on, screen protectors are essential nowadays, as they can keep scratches away or, in the eventuality of a drop, even save your display. The idea is that there aren’t any good screen protectors for Samsung’s latest phablet yet!

A quick search on Amazon reveals tons of models, but the reviews… well, let’s say that they’re not so convincing. And we’re not talking about some cheap models, as even Galaxy Note 7 screen protectors from reputed manufacturers, like Spigen and many others, have similar amounts of negative reviews. 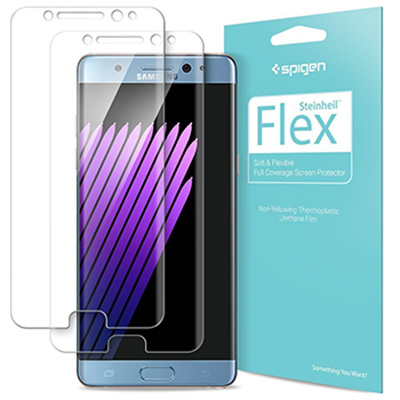 For example, we have a tempered glass protector made by SPARIN, which has a total of 175 reviews and an overall rating of 1.5 out of 5 stars. Customers claim that even though it fits very well, it desensitizes the display, making it very hard to use. Also, another user complains that it doesn’t stick at all.

Moving on, a similar product from Supershieldz, with 1.9 out of 5 stars and similar issues: “It doesn’t stick on the sides”, “Edges do NOT conform to the curved surface and don’t even tuck into the case” or “The protector wouldn’t separate from the 2nd tab and then kept bunching up when putting on my case.”

As mentioned above, we were more than just surprised after checking Spigen’s Galaxy Note 7 Flex Film. Initially, we were hoping that this would be that great screen protector we were looking for, but no luck. It has 91 reviews and a 2.3/5 rating. Better than the previous models, but still far from perfect, as users are saying that they bought this specific model specifically because they trusted the brand.

“Let’s start with the material… this is not your usual Spigen film. It almost feels like the thermoplastic film other companies use in the wet mount style protectors,” says one user, while another adds that the film holds a lot of bubbles. We’ve used a couple of Spigen products, including screen protectors ourselves, for several phones, and they were flawless, so again, these opinions are surprising.

We’re not generalizing, but it seems that there’s a lack of decent Galaxy Note 7 screen protectors on the market. We do understand that it’s hard to create one, considering the design of the display (not to mention that those edges are very sensitive and swiping on them reveals new menus), and those edges makes using some apps a whole new experience, but until now, there’s no such thing as a film that we’d recommend.

But hey, let’s keep our optimism!

If you own a Samsung Galaxy Note 7 and came across a good protector, give us more details about it, using the comments section below!