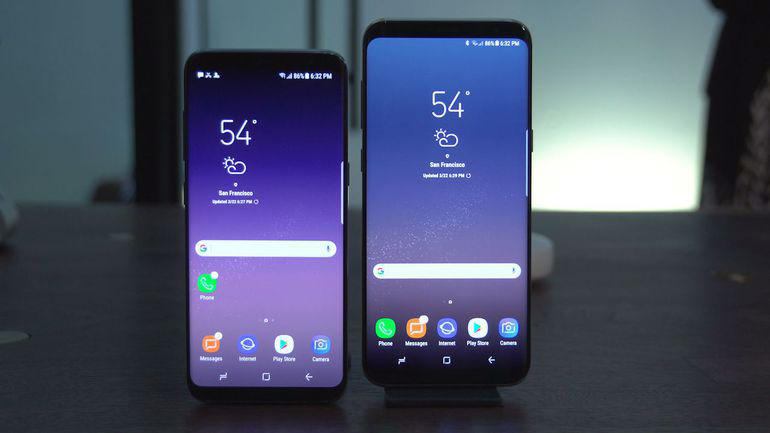 Ladies and gentlemen, the wait is over. On March 29, during the Unpacked 2017 event, Samsung unveiled its long awaited flagship, the Galaxy S8, alongside its bigger brother, the S8+.

Even though we knew pretty much everything about both handsets, due to an insane amount of leaks that made the rounds online over the past few months, we were still looking forward to the event, because we were convinced that there were a couple of hidden details, still able to make us feel a bit surprised.

So, without much further ado, let’s see if the all new Samsung Galaxy S8 is that top notch flagship everybody waited for and if it’s really worth buying it!

After a first look…

It’s pretty obvious that Samsung wanted to impress everybody with the design and, honestly, they did it. Of course, the S8 is not perfect from this point of view, since we really don’t like how those rounded corners integrated into the design, but hey, maybe it’s just us.

Otherwise, the bezels are barely noticeable and the phone has a clear face and a fluid-looking display, covered by Corning’s Gorilla Glass 5 and measuring 5.8 inches and rocking a resolution of 2960 x 1440 pixels, resulting a pretty odd aspect ratio, while the back has a mirror-like glass finish.

Sticking to the display, it incorporates a technology similar to Apple’s Force Touch, giving haptic feedback when you’re pressing the virtual home button. Because yes, there’s no such thing as a physical one, therefore, no fingerprint scanner on the front. But don’t worry, it was moved on the back and it works just fine. As long as you have bigger hands, that is.

Oh, and the 3.5mm jack is right where it should be, thank God!

In a nutshell, it’s a very good looking phone and we believe that a lot of people are going to be influenced by this aspect when deciding it it’s worth splashing the cash on it.

What about that camera?

Well…from this point of view, there’s nothing new. Seriously, the Samsung Galaxy S8 has the same camera as last year’s Galaxy S7 on the back, relying on a 12MP sensor with phase detection autofocus, optical image stabilization, an LED flash and f/1.7 aperture. But hey, you know what they say: if it’s not broken, don’t fix it.

The camera on the S7 was one of the best ones ever, so, most likely, Sammy decided that they don’t have any reasons to upgrade it. But things are a bit different when it comes to the selfie unit…

Samsung’s flagship comes with a new 8MP sensor, with the same f/1.7 apertures, as well as autofocus and the ability to shoot 1440p videos, at 30fps. It’s also capable of dual video calls and has auto HDR, so selfie lovers will definitely love the update.

Speaking about the front-facing camera, alongside it we can observe the iris scanner, a feature that is well…nice, but we’re really wondering if people will actually end up using it. Same for the fast face scanning. Ok, cool, but do we really need it?

Ok, so what’s under the hood?

From this point of view, the Samsung Galaxy S8 has pretty much everything you could ask for from a 2017 flagship. It’s powered by Qualcomm’s Snapdragon 835, with an octa-core configuration, featuring four Kryo cores, running at 2.35GHz, as well as four more Kryo cores, but clocked at 1.9GHz, for less demanding tasks.

The processor is aided by an Adreno 540 GPU, 4GB of RAM and 64 og internal storage, expandable with up to 256 more, through a microSD card.

Moving on to a very interesting aspect, the battery, it has a capacity of 3000 mAh, chargeable through the USB Type-C port or using the Fast battery charging technology, and, hopefully, able to stick to its regular size and not explode. You know where we’re going with this…

Samsung revealed that they actually implemented an eight-step battery check process and it’s completely safe. We tend to believe them, since we’re talking about one of the biggest phone manufacturers in the world. There’s no doubt that they took all the measures in order to avoid what happened with the Note 7, because if it happens once again, it would totally destroy their credibility!

Ok, we’re trying to keep this one short. Samsung made a lot of fuzz about its own virtual assistant, going by the name of Bixby and focused on helping you get a lot of stuff done directly on the phone itself. But the thing is…you also have Google Assistant, since the phone comes with Android 7.0 Nougat.

What’s this purpose of another assistant, which also has a dedicated button on the side of the phone and does exactly what Google’s does, but using Samsung apps and services? Just our two cents.

The Samsung Galaxy S8 is an amazing device. Sure, it has its minuses, but these are just our personal preferences. The design is futuristic, just like it should in 2017, and, when it comes to the specs, there’s one word to describe it: top notch. However, it’s not perfect. But no phone will ever be…

Would we buy it? Maybe. Would we recommend it to anybody looking for a new Android smartphone: Definitely. Is it Samsung’s best phone yet: You bet!

What do you think about the new Galaxy S8? Leave your thoughts in the comments section below!