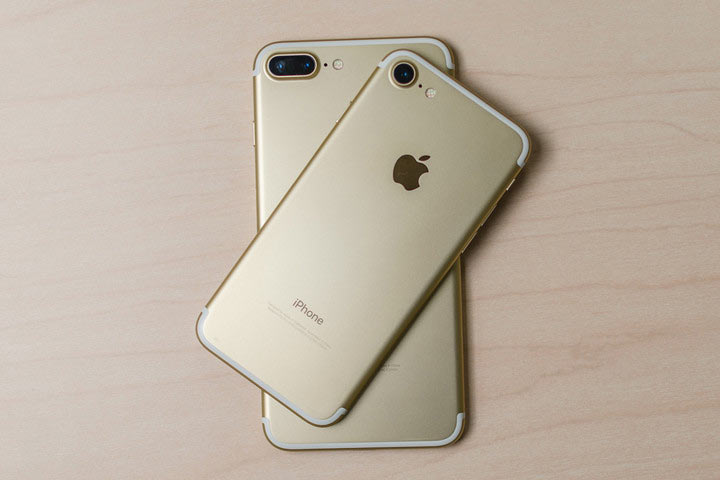 We’ve said it several times and we’re going to say it again: the new iPhone 7 is one of the best phones launched this year and, even though at a first look it doesn’t bring a lot of improvements, Apple’s new handset is a totally new phone, able to satisfy even the most demanding users.

Out of the box, it comes with the Cupertino-based manufacturer’s new operating system, iOS 10, which, combined with the phone’s new features, turn it into an amazing device. However, it also has a few hidden features most users don’t know about, but that’s why we’re here.

So, without much further ado, let’s talk about some of the most interesting iPhone 7 hidden features!

1. Change the haptic feedback of the home button

As you probably now, the iPhone 7 has ditched the physical home button and replaced with…well, something that it’s not a button. When you push it, the clicking sensation is just vibration feedback, which can be adjusted.

Head over to General > Home Button and choose between three levels of feedback. Pick the one you like the most, after testing each of them, of course.

2. Get a flash with each notification

We all miss some notifications from time to time, but the new iPhone 7 has a pretty cool hidden feature which helps you avoid this. To be more specific, you can make the phone flash each time when you have a new notification, until you manage to check it out.

In order to activate this feature, simply go to General  > Accessibility and here you will see the LED Flash for Alerts option. Just tap on it in order to activate it and enjoy! Of course, it’s worth mentioning that this might drain your battery quicker, so think twice before doing it.

3. Use the camera as a magnifying glass

I mean, come on, admit that you did this at least once, but the results weren’t exactly what you were expecting. However, with iOS 10, it got better! One of the coolest iPhone 7 hidden features lies within the camera, which can now be used as a magnifying glass.

Go to Settings > General > Accessibility > Magnifier and set the toggle to on. Now, just tap the Home button three times and you will enjoy this new feature.

4. Clear all notifications with 3D Touch

Yeah, it’s pretty annoying to have a lot of notifications flooding your screen, but thanks to the 3D Touch feature, you can get rid of them with a simple gesture. While they’re piled on the lockscreen, just hard-press the “X” icon and then select Clear All Notifications. Pretty simple, huh?

Ever wanted to feel like you’re some kind of Tony Stark? Well, now it’s possible, as Siri can be your own J.A.R.V.I.S., in some way or another.

Go to Settings > Phone > Announce calls and each time you’re receiving a call, Siri will not only tell you who’s calling, but you can also make her announce callers only when you’re connected to your car’s Bluetooth system or when you have your headphones one.

6. Get rid of those nasty stock apps

When it comes to smartphones, there’s one thing we all hate: bloatware. No matter if we’re talking about those pre-installed apps the phone comes with or those which are installed by the carrier, most of them are useless. However, in iOS 10, you can get rid of them.

Removing stock apps from the iPhone 7 can be done just like removing third-party apps: long press on the app, then hit the ‘X’ icon. If you have second thoughts and want to get them back, you can always re-download them from the App Store or bring them back from the Settings menu.

These are just a few of our favorite iPhone 7 seven features and we’re absolutely convinced that there are way more which should be mentioned in our top. If you know about them and consider that they should be present here, feel free to tell us about them, by dropping a few lines in the comments section below.