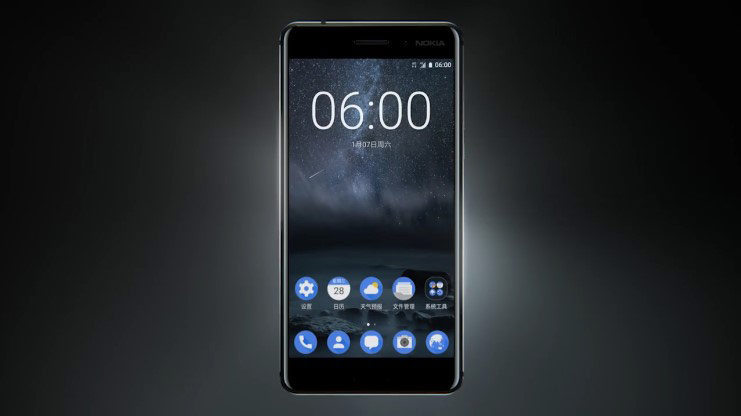 After a long wait, Nokia finally made its comeback, with a completely new smartphone, released alongside HMD Global and built by Foxconn: the Nokia 6. However, as you probably know, this won’t be the only handset that the Finnish company is planning to unveil this year, as more sources are pointing to six different models which could make their debut in the near future.

One of these models is rumored to go under the name of Nokia 8 and we already have a couple of information about it, thanks to Qualcomm! The chip-making company showcased the smartphone at CES, last week, but specifically asked people to not take photos of it. And you can guess what happened.

That’s right, some people somehow managed to take some quick snapshots of the 8 and it seems that it will be one camera-centered device! And this totally makes sense, if we look a bit in the past. Remember the N82, N8 or 808PureView?

All these had the number 8 in their names and were packing some amazing camera setups, which guaranteed them a place in the smartphone hall of fame. But hey, let’s focus a bit on the specs.

Apparently, this presumed Nokia 8 will be available in two variants, according to GSM Arena, a high-end one and a pocket-friendly variant, with a less-powerful configuration.

To be more specific, the top notch model will feature the all new Snapdragon 835 under the hood – hence Qualcomm’s decision to showcase it at this year’s CES – alongside 6 GB of RAM and 64 or 128 gigs of internal storage. However, there’s also a microSD card slot, so you can easily add even more space.

What features will it have?

Like mentioned above, the camera could be this smartphone’s main attraction point, relying on a 24MP sensor, with electronic image stabilization. And we’re not done yet, since it’s also expected to come with a 12 MP front-facing unit, meaning that this phone will be able to take some really crispy selfies!

As a side note, just like in the good ol’ times, Nokia could use Carl Zeiss optics for these phones, which makes it pretty clear that they mean business!

As for the affordable version, it should come with a Snapdragon 821, which is still a top notch chip, one year later, and 4 GB of RAM, while other features aren’t mentioned. No, nothing about the camera either.

Since we know you’re already very curious to see these two phones, you can check out this video, taken at CES, showing the two Nokia 8 variants in a camera test!

As you can see, there aren’t any physical buttons on the front, as the smartphones are relying just on on-screen buttons. Also, even though we’re not very sure about this, it seems like the phone is rocking a full metal build. After all, if the Nokia 6, a mid-range smartphone, has this premium build, why shouldn’t a flagship have it as well?

Another detail which can be spotted in the video is the HRM rectangle, present on both prototypes, which could hint the presence of a heart rate monitor.

So when will it release?

For the moment, this is everything we know about this upcoming Nokia 8 smartphone. There’s still nothing about a launch date or a price, but since the prototypes are ready, we believe that it won’t be long until they will make their official debut.

However, we expect Nokia to release their flagship smartphones in MWC that is going to be held from 27th February, 2017. The price is expected to be anywhere from $650 to $700. And we’re eagerly waiting to see that Snapdragon 835-powered version in action, since it has everything it takes to compete with the likes of Samsung Galaxy S7, LG G6, HTC U Ultra or Huawei P10!

It will also be interesting to see how the market will react to the Nokia 8. After all, the Nokia 6 has already managed to attract the attention of 250,000 potential buyers, who registered on Chinese website JD.com, in less than 24 hours, in order to buy it.

Until new details emerge, let us know what do you think about this amazing, Android-powered Nokia? Is it what you were expecting from the Finnish brand? Also, would you buy one? Share your thoughts, by dropping a few lines in the comments section below.