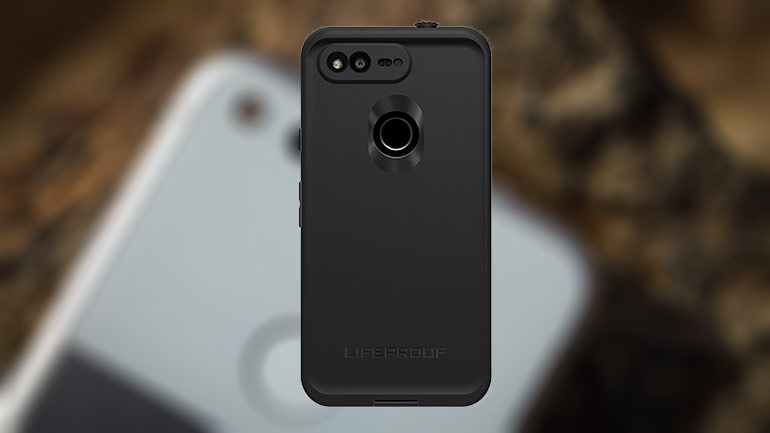 The Google Pixel has pretty much everything you could ask for from a smartphone: a high-end specs sheet, great camera, unlimited storage…really, it’s one of the best choices one can make when it comes to picking a new phone! However, there’s still one thing keeping it from being perfect. Yes, we’re talking about the IP67 certification, which makes a phone waterproof.

It’s not like you’re planning to take tons of underwater photos, since that certification keeps it safe just for a limited amount of time, in water no deeper than 1 meter, but hey, you never known when you drop it in the toilet (yeah, it happens…) or have to take a call while you’re out in the rain. 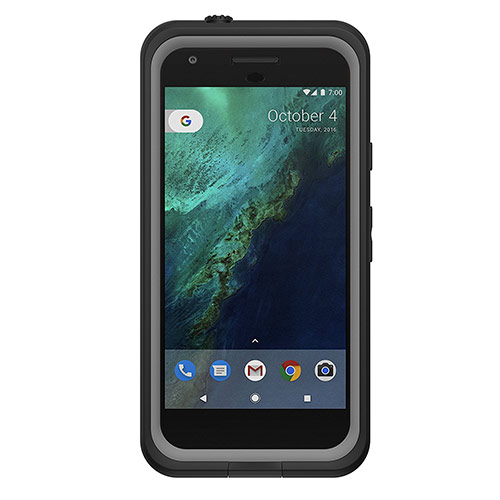 Initially, we believed that this shouldn’t be an issue, since you can buy a waterproof case for it and solve the problem once and for all. However, we couldn’t find a lot of them… Actually, there’s just one good Google Pixel waterproof case right now, coming from the folks over at LifeProof.

The manufacturer claims that the FRE case is, besides waterproof, also dirt-proof, snow-proof and drop-proof, being able to withstand drops from up to 6.6 feet, since it meets the Military Standard MIL STD 810F-516.

It comes with a built-in scratch protector, virtually invisible to the eye and touch, and despite the amount of protection it offers, it can maintain a slim and sleek profile, following the phone’s lines. Oh, and if you’re curious if you can take some great underwater shots with your Google Pixel while this case is still on, the answer is: OH YEAH! It can be submerged in 3 feet of water, for more than 30 minutes, enough to take all the pictures you want!

And yeah, the LifeProof FRE is the only reliable Google Pixel waterproof case you can buy right now, but hey, what if we told you that there’s another solution for fixing the phone’s problem?

We’re talking about a universal waterproof sack, which can also keep your phone safe while under water, even for a longer amount of time. However, they do have disadvantages.

There are plenty of models you can buy, since, once again, most of them are universal, and they’re doing a pretty good job with protecting your phone from water, as well as shocks, drops or scratches.

However, these sacks don’t allow you to use the phone’s side buttons, for example, and, depending on the model, you can’t even take pictures while the phone is inside, since the back is covered. But again, this depends on the model, since some of them have clear windows on the front and back!

At a first look, if you ignore the fact that they make your phone pretty bulky and don’t permit access to all buttons, a waterproof sack is definitely the best solution for the Google Pixel, but in the end, it’s just a matter of personal taste.

What are your thoughts on this? Would you rather buy a case or a sack to make your Google Pixel waterproof? Let us know about your decision, by dropping a few lines in the comments section below.