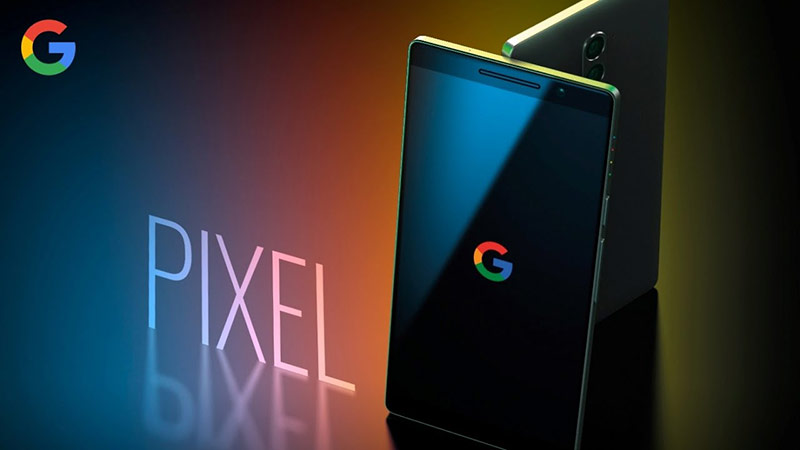 Last year, Google took us all by surprise, after announcing that they’re planning to ditch the Nexus line and replace it with Pixel, a phone entirely made by Google. And they pretty much nailed it, since the Pixel was (and still is) and incredible smartphone, with a high end spec sheet and one awesome camera on the back, considered by many as one of the best ever used by a smartphone!

However, it’s been a few months since the Google Pixel and its bigger brother, the Pixel XL, are on the market, so people started talking about its successor, called, at least for now, Google Pixel 2.

The trail is pretty cold right now, but we do have a couple of details about what we should expect from Google’s next smartphone, so let’s break it down a bit, shall we?

Will it be released in two variants?

Yep, Google will unveil two new Pixels this year. Currently, the Pixel 2 and Pixel 2 XL are being developed and the codenames were already revealed: Muskie and Walleye.

This information was confirmed by multiple sources, which also claim that a third Google Pixel 2, codenamed Taimen, may be in the works, but we would take this with a grain of salt, since it’s less likely to happen.

On the other side, presuming that Google is indeed working on a third Pixel as well, this Taimen model will be a ridiculously big model. If you don’t know, all previous Nexus and Pixel phones had fish codenames while they were in development and these new ones are no exception.

Taimen are the largest of these three, which could be a strong hint at the size of the phone! Considering that Samsung will launch a huge, 6.2″ Galaxy S8+, we won’t be surprised if Google unveils a competitor as well!

On the other side, the Google…well, Taimen could also be a tablet. The search engine giant might as well consider re-entering the tablet market, an area they have ignored since 2014, when the 8.9″ was poorly received. This is a scenario that shouldn’t be ignored either…

But what about the specs?

Currently, the trail is pretty cold from this point of view, since it’s still a bit too early to talk about such aspects. However, let’s not forget that we’re talking about premium, high-end phones here, so they will definitely be able to compete with pretty much any flagship Google’s competitors will launch this year. But this doesn’t mean that we don’t want to see a couple of improvements…

1080p was still ok for 2016, but this year, the jump to QHD is required for the Pixel phones. After all, some manufacturers are already using QHD+ panels, not to mention that the Pixel 2 will most likely be a VR-friendly phone, so a higher resolution is somehow mandatory!

Besides this, let’s not forget about the battery life, since the first generation doesn’t excel from this point of view. And we’re talking about a flagship here, so this is a very serious issue!

Moving on, there are still a few more aspects that should definitely be introduced with the launch of the Pixel 2, in order to be able to compete for the “best Android ever” smartphone!

Water resistance should be present on the spec sheet, since it’s becoming a more and more popular features, as well as stereo speakers, which can make a difference, and some improvements for Google Assistant! The latter is pretty cool, but the likes of Alexa, for example, or Siri, are getting better and better, so Google should do something from this point of view, in order to make it feel like that 2.0 upgrade to Google Now we were all looking forward to.

Is a design refresh needed?

Yes, definitely. Now, don’t get us wrong, the Google Pixel looks good, but when you want to compete with the likes of the Samsung Galaxy S8 or the upcoming iPhone 8 (if it’s going to be released) and see that other manufacturer also release some stunning smartphones (we’re talking about Xiaomi’s Mi Mix), it’s obvious that you need to come with a spectacular design as well.

There’s nothing wrong with combining glass and metal, but, honestly, the Pixel looks just like the designers wants to put together the two materials, for the sake of it. Come on guys, we know you can do better!

There’s no doubt that Google has all the resources to build the ultimate Android smartphone or whatever you want to call it, but so did we last year and, honestly, the first generation of the Pixel was just close to reaching this goal. Or at least this is how we see things… Let’s just hope that they’re going to leave us breathless this year!

What are your thoughts on this? What features do you want to see at the Google Pixel 2? Let us know, by dropping a few lines in the comments section below!