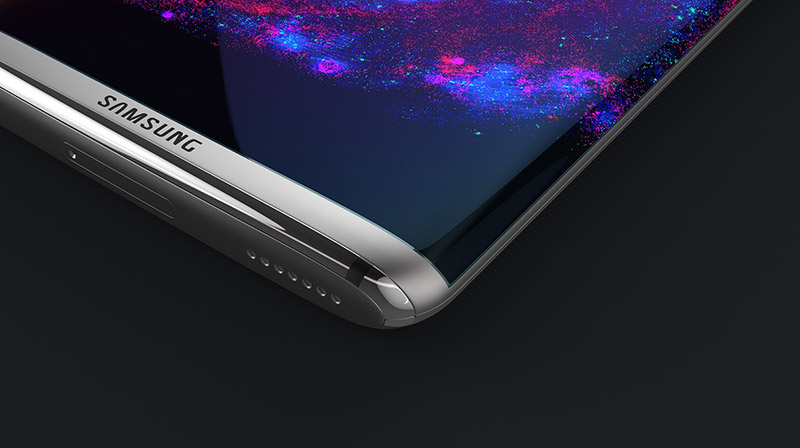 After the huge Samsung Galaxy Note 7 fiasco, there’s no doubt that the South Korean manufacturer has just one option when it comes to the launch of their upcoming flagship, the Galaxy S8: release something able to shock the whole world. In a positive way, that is.

Since the launch date is getting closer and closer, the Internet has been invaded by tons of rumors about this smartphone, more or less true, helping us to create an image, in some way or another, about what to expect from Samsung’s next top notch model.

And this is exactly what we’re doing today, a quick round up of everything we know so far about the Samsung Galaxy S8.

If last year’s Galaxy S7 and S7 Edge duo were rocking 5.1” and 5.7” displays, things could go one step further with the S8 and the S8 Edge, even though the latter is still uncertain.

To be more specific, the regular S8 could feature a 5.7” curved display, while the Edge version… well, it could make the jump to 6.2 inches, which is absolutely huge, if you ask us. And yes, both of them could feature a dual-curved display, as the manufacturer considers making this type of display the identity of the Galaxy S lineup.

Besides an increased display size, the Galaxy S8 could also come with a resolution bump. You got it right, they’re crazy enough to make the switch from QHD to 4K, meaning that the handset could rock a resolution of 2160 x 3840 pixels.

Of course, this is hard to believe, considering that such a resolution would be a real battery killer. Also, SamMobile claims that several of their sources mention that Samsung will stick to QHD for at least one more year. Ok, now we’re more than just curious…

Staying loyal to Exynos and Qualcomm

When it comes to what’s under the hood, the Samsung Galaxy S8 will most likely come in two variants, one featuring Samsung’s own Exunos 8895, while the other processor of choice could be Qualcomm’s Snapdragon 830, built on the 10nm manufacturing process, with an octa-core setup, and able to support a whooping 8 GB of RAM, as well 4K resolutions and VR.

If you ask us, 8 GB seems a bit too much, so the S8 will most likely rely on 6 GB of RAM, which is more than enough.

Bloomberg, on the other side, confirms the use of the Snapdragon 835 instead, but the trail is pretty cold in this case, so we can only play the waiting game and see what future rumors say about this.

We’re coming after you, Pixel!

Google claims that their Pixel smartphones have the best camera on the market, but we’re convinced that Samsung is not ok with this, so they’re planning to equip the Galaxy S8 with something even better.

The trail is pretty cold on this right now, as some sources are mentioning 13 MP or 12 MP, while others take it to 30 MP, which is a bit ridiculous. However, it seems that the manufacturer is experimenting with a dual-camera setup, which should be able to win them the camera crown. Oh, and it should have an 8 MP front-facing unit, with autofocus, for the best selfies!

Unfortunately, we’re going to talk exactly about what you’re thinking. More and more sources claim that Samsung is going to join Apple, Motorola and HTC in the “No Headphone Jack” club. However, unlike these three brands, who loaded the phones’ boxes with wired headphones, which connect via the charging port (forget about the AirPods), Samsung is planning to go fully wireless.

If you ask us, this is less likely to happen, so we’re pretty sure that the Galaxy S8 will come with a pair of USB-C headphones or an adapter for models with a 3.5mm jack. But hey, it will finally have stereo speakers!

If this turns out to be true – and we don’t see why it won’t – the fingerprint scanner could be integrated in the display or placed on the back of the phone, like many other manufacturers did.

At $699, the Galaxy S7 wasn’t affordable at all, not to mention the $795 Galaxy S7 Edge. Well, considering all the above, we expect the S8 to have an even scarier price tag. If Samsung will indeed launch the phone with a 5.7” display, we might see it priced at ~$880, which was the starting price of the Note 7, but in the end, it all depends on the carrier.

Finally, the launch date! From the past years, we know that Samsung likes to release its flagships with one day before the start of the Mobile World Congress (or even during the first day).

Considering this, it should happen on February 27, while the phone could go on sale in March or even April, to get Samsung just enough time to avoid another catastrophe. Yes, we’re talking about Note 7’s issues.

And this sums it up, folks! This is everything we know so far about the Samsung Galaxy S8. What do you think about all these rumors? Let us know, by dropping a few lines in the comments section below!