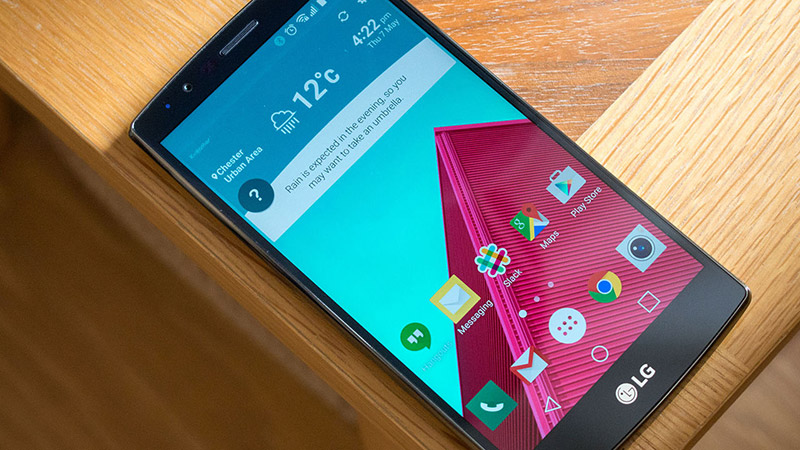 Besides the Samsung Galaxy S8, there’s another high perspective flagship we’re looking forward to, expected to make its debut in the first quarter of 2017: the LG G6.

This year’s model, the LG G5, was definitely an excellent phone, bringing a couple of very interesting features, like the modular design and that amazing dual camera setup, but still, there was something missing, that something able to make it stand out of the crowd.

But hey, who knows, maybe the next one will have everything it needs to conquer the market. Let’s see what we know so far about the LG G6.

Sizing up the display?

The G5 came with a 5.3” display, which was a bit bigger, compared to its competitors, so it’s less likely to see a G6 rocking a bigger panel. Ok, maybe 5.5”, but that wouldn’t be such a difference.

As for the resolution, we won’t be surprised if LG makes the step to 4K!

After all, their flagship from 2014, LG G3, was one of the first handsets with a QHD display, while everybody else was sticking to full HD, so they could be pioneers (not exactly, since there was a Sony with a 4K display already, but you got the idea) and load the phone with an improved resolution, which would also step up the phone’s mobile VR experience.

No curved display on this phone

Lately, there’s some kind of trend among smartphone manufacturers to use curved displays instead of regular ones, but LG doesn’t seem to be following it.

According to a report from South Korea, LG has struggled with supply issues for curved screen, so their decision to skip this feature on the G6 doesn’t come as a surprise.

As for the rest of the phone, we might have a couple of surprises. The G5’s design was pretty controversial. Even though it had an aluminum unibody chassis, it still felt like plastic, so it’s less likely to see the same thing next year.

Speaking about this, we do have a rumor coming from Android Police’s David Ruddock, who claims that the flagship won’t have a removable battery, neither a jack (We hope you’re happy with yourselves, Apple!) and a highly reflective metallic material on the rear. Ok, we must admit that we’re very curious about the last one…

A new modular system or it’s going to be ditched?

LG took a big risk with the modular design, since they had no idea if people would like it. The LG friends system allowed owners to swap out different modules, providing the phone with additional functionality, but the feelings about this were mixed, instead of being a hit.

According to some sources from South Korea, it seems that LG is planning to scrap this modular functionality.

“IT is heard that LG Electronics has decided not to modularise its next smartphone. Corresponding products such as boards and audio chips are currently being prepared accordingly,” industry sources say. Well, here’s your answer.

How powerful will it be?

Since we’re talking about a flagship, there’s no doubt that the LG G6 will have an impressive amount of processing power under the hood.

How much? Well, it will most likely be powered by the yet unannounced Snapdragon 830, which should make its debut, by appearing in handsets, in January or February. Built on a 10nm manufacturing process, it should feature power and performance improvements that will be immediately noticed.

Moving on, the phone could also pack 4 GB of RAM, alongside 32 gigs of internal storage, expendable (we hope), as well as a USB Type-C port, just like its predecessor.

What about that battery life?

From this point of view, we’re also looking forward to seeing some improvements. The G5’s 2800 mAh power pack is good – not amazing, but good – but since this phone will come with Android 7.0 Nougat out of the box, an operating system bringing battery improvements, and with a Snapdragon 830, a less power-hungry chip, we expect an even better battery life.

On the other side, if it comes with a 4K display…let’s just say that we’re curious about how much juice those pixels need.

LG could also offer wireless charging! At least that’s what we’re hoping to see, considering that back in October the manufacturer announced a Quick Wireless Charging Pad, able to power up phones using the Qi charging standard.

“We proved that we had the world’s best wireless charging technology. As a wireless charging module is directly related to the convenience and safety of the users, we will meet the expectations of our customers with advanced performance and perfect product quality,” LG said.

LG’s dual camera approach was pretty interesting this year, as the G5 comes with a regular 16 MP shooter, alongside an 8 MP wide-angle one, which, combine, are able to deliver some great looking photos.

And yeah, from this point of view, we can only hope that they’re going to equip the G6 with something at least this good!

But when it’s going to make its debut?

According to the latest rumors, the handset should be presented on February 26. As for the date when it will start hitting the stores, we’d say somewhere in March, but it depends a lot on the carriers.

Finally, let’s not forget about the price, which should be around $600, a decent amount, considering what this phone is supposed to offer!

And we’re pretty much done with the LG G6 rumor round-up. What are your thoughts on this upcoming flagship? Would you buy it? Let us know, by dropping a few lines in the comments section below!