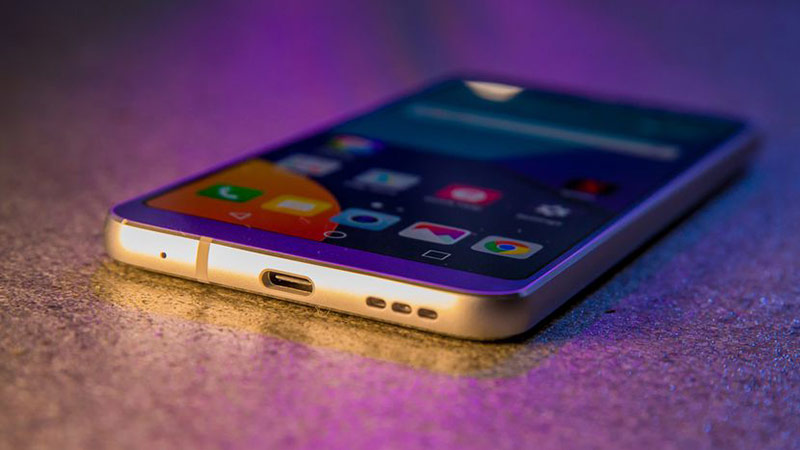 A lot of new Android handset made or are expected to make their debut this spring, but there’s no doubt that the LG G6 and the Samsung Galaxy S8 are the ones that are constantly keeping the headlines, even though the latter wasn’t officially released yet. However, thanks to all the leaks and rumors, we know pretty much everything about it, enough to make a comparison between the two.

Therefore, below you will find a detailed analyze of these two flagships, perfect for anybody who wants to buy a new smartphone and really doesn’t know which model to pick. Well, one thing is sure: no matter if you opt for the S8 or the G6, you will end up with an amazing device in your pocket, but still, which one is the best?

Even though this is the first thing you notice about the two handsets, we can’t decide which one of them looks the best, since, in the end, this is just a matter of personal taste. Some people may like the LG G6’s display, with its rounded corners, while others will instantly fall in love with the Galaxy S8’s curved panel.

On the other side, we can express our personal point of view! If the leaked images with the Samsung Galaxy S8 are genuine (and they seem to be), it would somehow make us choose it over the LG G6, especially in that glossy black finish. It just looks better, at least for us.

According to the rumors, the Samsung Galaxy S8 will be available in two variants: with a 5.8” display and with a 6.2” one. If the first one is acceptable, 6.2” is ridiculously big, being very hard to handle with one hand. As for the resolution, there were a few rumors about a 4K Super AMOLED panel, but, most likely, the handset will stick to 2560 x 1440 pixels, which is still great, from a lot of points of view.

The LG G6, on the other hand, has a 5.7” LCD display, with a QHD+ resolution of 2880 x 1440 pixels, resulting an aspect ratio of 18:9, with HDR with support for Dolby Vision and HDR 10. Once again, a great display, even though it could be a bit difficult for buyers to get used with the new aspect ratio.

Moving on, let’s focus a bit on an aspect in which the phones are very similar, except one major thing: the processor. As you probably know, the LG G6 comes with last year’s Snapdragon 821. Yes, it was supposed to feature Qualcomm’s latest model, the 835, but Samsung kinda bought them all for the Galaxy S8, so LG’s only solution was to stick to an older model and optimize it.

Otherwise, the spec sheet is completed by 4GB of RAM and 32 or 64 gigs of internal storage, with the possibility of expanding it, through a microSD card. It also comes with USB Type-C and a Quad DAC for improved audio. The bad part is that the latter will be available just in specific countries. Speaking about features that work just in some regions, the US variant also has with wireless charging, able to fill up the 3300mAh power pack very quick.

As for the Galaxy S8, we’re looking forward to seeing either a Snapdragon 835 or an Exynos Series 9 chip under the hood, once again depending on the market, alongside 4GB of RAM, most likely, and 64 or 128GB of storage, also expandable. Finally, the 5.8” variant will have a 3000mAh battery, while the 6.2” model will receive a boost, to 4200mAh.

Another chapter where there are some serious differences is the camera department. The South Korean manufacturer kept the dual camera setup from last year’s LG G5, increasing the resolution, thanks to the two 13MP sensors, one of them featuring a 125-degree wide angle lens. As for the front-snapper, it’s a 5MP one, with a wide-angle lens as well, but slightly narrower, at ‘just’ 100-degrees.

In Samsung’s case, things are a bit unclear, despite the huge amount of rumors that has emerged. Some reports were initially claiming that we’re doing to see a dual setup as well, but the leaked images suggest a single lens on the back of the phone. To be more specific, we’re talking about a 13MP snapper, with optical image stabilization and f/1.7 aperture. In terms of front facing camera, we will most likely see an 8MP sensor, with autofocus, alongside an iris scanner, just like the one see on the Galaxy Note 7.

Since we’re talking about two Android flagships, it’s obvious that both of them will come with the latest Android 7.0 Nougat on board. Still, let’s not forget that they’re made by Samsung and LG, known for loading their phones with bloatware…

The LG G6 comes with the company’s new UX 6.0 software skin on top, while Samsung is expected to feature a new version of TouchWiz, with tons of…well, useless stuff installed.

However, these custom user interfaces bring unique features, likely to deliver some interesting experiences, so we’ll leave it up to you to decide if they’re worth keeping.

Finally, let’s not forget that we’re going to see some personal assistants on board as well: LG G6 comes with Google Assistant support, while the Samsung Galaxy S8 will have Bixby, its own voice-based assistant.

There’s no doubt that the LG G6 is a massive improvement over the previous generation and we won’t be surprised if the South Korean manufacturer reports significantly bigger sales. On the other side, the Galaxy S8 also took it one step further, so we won’t be surprised if a lot of people prefer this one over the LG. Still, the latter is cheaper, a fact which will also play a very important role in the final buying decision…

In a nutshell, we really can’t tell which one of these two smartphones is the best, since they’re both unique, in their own way, so we’ll leave it up to you. Which one would you buy, the Samsung Galaxy S8 or the LG G6? Why? Let us know, by dropping a few lines in the comments section below!

Huawei P10: Everything We Know So Far