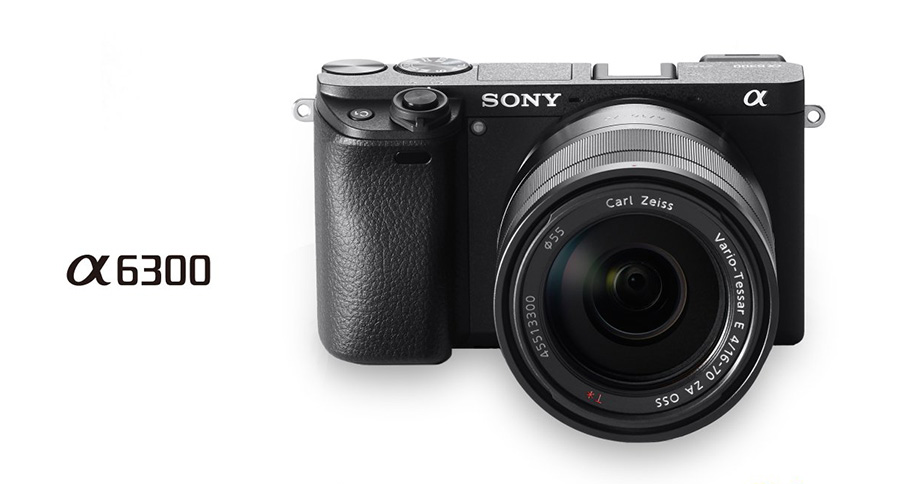 Ah, the mirrorless camera. We all remember just how hyped we were when Sony brought out the first of the A6000 series.

Now, the Alpha 6300 is out, and it honestly feels like an upgraded version of the same overall experience. It soars like a falcon for 50% of the time, and then abruptly slams into a window and walks off clucking like a chicken the next moment.

If you’re looking for a best camera to step into photography, see our best choice of camera for beginners.

At $1,000 for just the camera body and $1,150 for a kit that includes the lens, is this new iteration of Sony’s ILC A-series the powerhouse they say it is? Let’s find out in the review below.

Since I first started using mirrorless cameras such as the A series, I’ve noticed many advantages over the traditional DSLR camera. This includes a more portable, flexible body, smoother transition to video and a bunch of other features that make this archetype of camera pretty great in the right hands.

Upon purchasing the A6300 with the power zoom kit lens, the first thing that I noticed when powering it on and using it for the first time was that the lens wasn’t that great. It felt rather cheap, made everything slower, and it was a waste of $150, in my opinion. Add this to the fact that a manual zoom lens is always a better option for a professional photographer and you will see that getting just the body might not be a bad idea.

When it comes to the design, the A6300 looks very much like the A6000, with a nice LCD display that tilts for angled shots but works wonders at fighting off selfie-addicts. The screen isn’t a touch display, sadly, but this does mean that it is thinner and lighter than it could have been, which is what these cameras are all about!

With a newly redesigned grip in the front, even my butterfingers couldn’t drop the A6300 without considerable effort

It also has something the community has always wanted in the pricier A7000 series from Sony – a popup flash. The control buttons on the back of the camera look more like the 7 series than those of the A6000 too, giving a more premium feel to the camera.

With a newly redesigned grip in the front, even my butterfingers couldn’t drop the A6300 without considerable effort. This is good news for all us photographers out there suffering from the curse that is clumsiness.

The body of the camera is made of metal that is supposedly sealed against dust and moisture. In an attempt to stop amateur users from dunking the machine in a tub of water, Sony refrains from calling it a splash proof camera.

It feels light, easy and quick to hold, but also manages to feel very high quality when held. Two new control dials are present on top and on the back, for added control features.

The A6300 has a pioneer sensor from Sony, which includes a buffed autofocus and increased output speed. It also has new shooting modes and a zebra feature. A mic port is present, as well as a mini-HDMI out port. One of the goals of the A6300 is to fit the features that the community loved in the A7II series into the compact, lightweight body of the A6000.

Hands On Opinions And Suggestions

I compared the A6300 to its predecessor. Quite frankly, there isn’t MUCH of a difference. On paper, it looks like a huge upgrade from the older camera. In truth, the A6300 tries a little too hard to reach for the stars when it could land on Mars a hundred times over. Overall, it does its job.

It is a fast camera indeed. It can shoot sequential shots in low lighting without too many problems. However, it isn’t amazing. The buffed autofocus tries to snap onto just about anything that resembles a subject in low light, and unlike DSLR cameras is unable to focus at all in some situations where the light is too low.

If you’re buying a camera specifically for the night time, see our recommendation for best camera for low light photography.

New Sensors With The Same Story

Sony also boasts of an upgraded sensor in the new A6300, but the truth is that it is still 24MP, just like the A6000. However, the shots can be saved in a higher quality JPEG compression – extra fine, directly to the SD card.

The files have a lot of nice, sharp detail at the highest resolution, and it can be concluded that the sensor has been upgraded in terms of compression quality. However, the A6300 doesn’t offer uncompressed storage options.

There Is a Desperate Need For Touchscreen

While it doesn’t look like the lack of a touchscreen display will be too big of a shortcoming, it feels like it. The world is full of cameras that have touchscreens, and it would make it much easier to change the 7.5x more autofocus points manually if a touchscreen were incorporated.

I had to set each point using the buttons, which took more time than I had hoped it would. However, the display does hold up really well in sunlight, especially with the “sunny LCD” setting turned on.

The display does hold up really well in sunlight, especially with the “sunny LCD” setting turned on

In addition to this, the menu system in the camera software is below par. A lot of complaints have risen from users as well that the UI is far from friendly, has a steep learning curve, and is simply too much like what Windows 8 was to the Microsoft community.

The Viewfinder Technology Is Great!

The new EVF in the A6300 is pretty good, in my opinion. There are so many problems one has with a typical EVF. When you try to focus and shoot continuous shots of a moving target, you usually end up seeing a delayed stream of captures due to the EVF not being able to keep up with the target.

However, the EVF on the new camera seems to have solved most of these issues by taking on some of the characteristics of a normal optical viewfinder, such as those in an SLR camera. An all-new “Hi” mode allows for burst shots to be captured at 8fps, allowing for a view that is almost uninterrupted and far smoother than the typical 11fps EVF experience — this is great for taking pictures of some action shots or even great for taking wildlife photos.

Fast Performance That Isn’t The Smoothest

It must be admitted that the A6300 is a fast camera. At a high speed setting, it allows for around 46 shots of the high quality JPEG format or 24 of RAW+ JPEG. While the shooting itself is pretty darn fast, the time it takes to clear the buffer and prepare for the next burst isn’t.

Time it takes to clear the buffer and prepare for the next burst is not very fast.

The Autofocus Performs Well Enough When Used RightThe camera goes into lockdown for about 20 seconds after a series of 21 RAW+ JPEG pictures have been taken. If this buffer bottleneck didn’t exist, the A6300 would be absolutely stellar. Even with this, it is still one of the fastest in its range.

This is a camera aimed at the professional community. A lot of amateurs may be tempted to purchase it, which leads to complaints about the autofocus. The truth is, it is pretty great when used right. It has hiccups, but they are incredibly rare. When the autofocus works, it works like a charm.

Video Quality That Is Pretty Nice Too

With the ability to record 4K video and output some direct HDMI captures, the A6300 is a step up from other cameras in its price range on the video capture front. It can also record in Super 35mm format (this is a pioneer in the Sony APS-C camera field), and has a large number of features during recording and playback.

While images and video recording don’t have options for filters and effects (again, this is a pro camera), the features they do have to offer work very well indeed.

Last, but not least…

To conclude, there is one gripe we all have about the A series from Sony: the battery. The battery on this bad boy has definitely been improved, but it is still laughable. If you want any real use out of the A6300, you are going to have to carry extra batteries with you.

For the most part, the A6300 feels like the A6000 with small tweaks here and there. It hasn’t been brought completely into the modern age, as the lack of a touchscreen and the same 24MP sensor show. It is a $1,000 camera that does its job, and does it well when conditions are ideal.

If you are looking for a camera that can perform well under quick reaction circumstances, switch AF points quickly, and is snappier than the rest, the A6300 may not be your best choice. You can just step back up and get the A6000 with almost half the price of A6300.

The problem is that they aren’t always so. If you are looking for a fast camera with great autofocus in normal to low light and an EVF that doesn’t cough every time you take burst shots, this is for you. 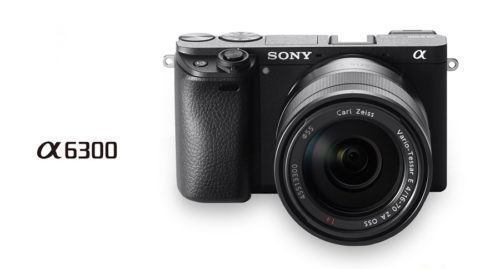