If you are contemplating a serious career in the field of photography, your number one concern should be which camera you are going to buy to start off with. You can choose between two major types of cameras.

One of these is a lot more famous than the other, but they both allow you to take stellar pictures.

The choice comes down to either DSLR or mirrorless cameras. Which one should you buy to kick start your photography?

How Does Each Work?

In terms of design, DSLR cameras are very closely related to the older film cameras. There is a mirror in the body that takes the light that comes into the lens.

It reflects this light up through mirrors into the viewfinder. When the shutter button is pushed the mirror flips, and the light falls on the sensor which captures the image.

A mirrorless camera is different in that it doesn’t have any mirrors. Light comes through the lens and falls on the sensor immediately. In some mirrorless cameras an EVF or electronic viewfinder is also included so you can preview your shot before capturing it.

DSLR cameras are typically large in size because of the mirrors and prism needed to be fit in them. Some of them can weigh over 1lb with a kit lens attached.

Mirrorless cameras are a lot smaller in comparison. Their bodies are about half as thick as a DSLR, and weighs a little less as well. Carrying one is easier, and more gear can be stowed in a camera bag alongside one.

The speed of autofocus is a big factor in the final decision. Back in the day, DSLR cameras had a huge advantage here because they had phase detection technology built into their sensors. This would measure the convergence of two light rays. Mirrorless cameras were stuck with contrast detection, which took more time to autofocus on anything.

Now however, both mirrorless and DSLR cameras have both forms of detection available, leading to nearly similar autofocus speeds that vary based on models and brands.

In a DSLR, there is an optical viewfinder. You get to look at the capture object before you capture it. In a mirrorless camera, the viewfinder is usually electronic. While the EVF works well in normal light, it begins to suffer at low light. The preview image becomes jerky and grainy as there is less light available to project an image on-screen.

A DSLR works using a much simpler mechanical system. Mirrors reflect the light available onto your eye, meaning that you see what the camera sees in real time. This can be very useful in low light. In addition to this, a DSLR is able to switch to an EVF-like viewfinder on screen as well. When working in low light, the DSLR is the clear winner for previewing an image.

Since DSLR cameras can work without the LCD display, they can last a lot longer than mirrorless cameras. However, if you are constantly using the LCDs to check out your images after shots, they will both have similar lifetimes.

DSLRs have been around for longer. They have a wide range of lens kits and other accessories available from the manufacturer and third party sellers as well. Mirrorless cameras have a far lower range of options to work with. While adapters can be purchased to make DSLR lens work with a mirrorless camera, it is just an extra bit of gear to have to carry.

This is another area where both mirrorless and DSLR cameras shine equally brightly. There are models from both types that are splash-proof, shockproof, waterproof and more. Remember that waterproof doesn’t mean that it is submersible. Do not immerse your camera in water unless you are specifically given a safe operating depth.

So Which Should You Pick?

The answer depends on how seriously you take photography. If you want to be a casual photographer who can always be at the ready for a quick shot of a beautiful scene, you are going to need a mirrorless camera.

These are lighter, smaller and better for video capture. They don’t have a lot of accessories, so remember that they are more suited for casual photographers and hobbyists.

If you are a serious photographer who wants to use the art form as a life choice and a career path, a DSLR may be the better fit for you.

From the huge range of accessories to the battery life and the other advantages, these are meant for the people who need to gear up for specific shoots. Choose wisely, and shoot sharply! 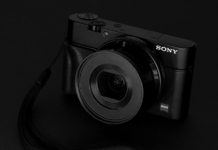 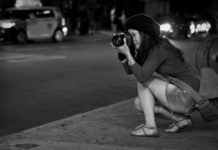 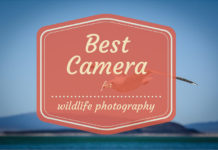 Samsung Galaxy S6 VS Apple iPhone 6: Which one Should You Buy?

5 Apple Watch Features and Why You DON’T Need Them

Keelan Balderson - Mar 26, 2015
So the iWatch is now the Apple Watch, and analysts are predicting huge growth this year in the "smart watch" market. Yet despite all...

How to: The Fastest Way to Transfer Files From PC to PC

Keelan Balderson - Mar 29, 2015
Want to transfer large files at 125MB/s, more than doubling the average USB and wireless connection speed, and with no risk of the transfer...

Anup Kayastha - Apr 14, 2016
Apple just announced the new iPhone SE, and there are already some decent cases in the market. The iPhone SE is similar in design...