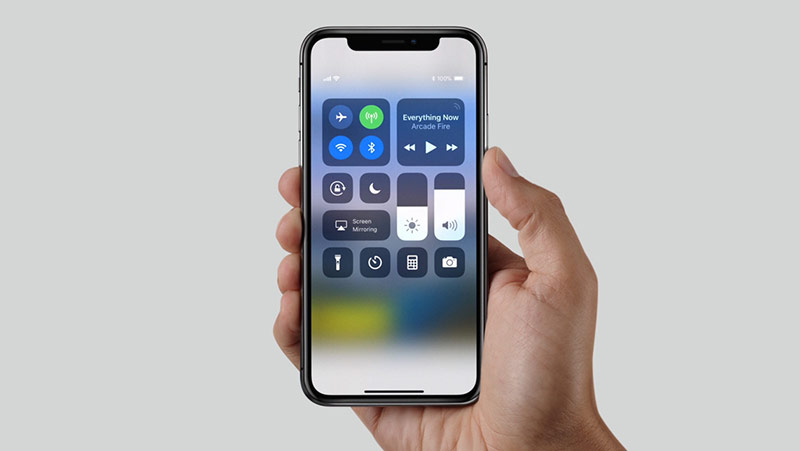 Like every year, Apple manages to create a lot of hype around its new smartphones, but this year, they managed to take everything to a whole new level. It was known that the Cupertino-based manufacturer was planning to release three different devices, one of them being an anniversary one, so the tech community was looking forward to the mysterious iPhone 8.

However, they took us all by surprise, by ditching the 7s and 7s Plus and replacing them directly with the the iPhone 8 and 8 Plus. But what about that mysterious device?

Tim Cook took the stage and said the phrase the whole audience was expecting: “One more thing…”

Look, Samsung, we can do it as well!

Thus, the iPhone X, the company’s most daring smartphone so far, was made official. Of course, at first, there’s nothing special about it, since it’s just a smartphone with minimal bezels, something which other manufacturers already have in their portfolio. But still, Apple couldn’t remain behind, so they released it in order to show them that they can also do it!

Of course, we shouldn’t forget that this is an anniversary model either, marking 10 years since Steve Jobs introduced the original iPhone. Get it, iPhone X as in iPhone 10!

Besides the design, which pretty much follows Apple’s design language and brings an Infinity Display-like…uhm, display, covering the full front of the phone, there are quite a few new things under the hood as well.

The iPhone X comes with an OLED Super Retina display, with 16 million colors and measuring 5.8 inches. Yes, it’s the biggest ever mounted on an iPhone. The resolution is 1125 x 2436 pixels, resulting in a density of 458 ppi, while a scratch-resistant glass layer is covering it. Yep, it’s 2017 already and there’s no sign of a sapphire display.

As you probably noticed, due to the size of the display, the home button was made history, so if you want to navigate through the menu, you need to use just the on-screen buttons. As for unlocking the phone, just swipe up from the lockscreen.

Oh, and as a side note, the phone is IP67 certified, being dust and water resistant, up to 1 meter and 30 minutes.

Moving on, the iPhone X, just as the 8 and 8 Plus, feature the new Apple A11 Bionic processor. The chip has a hexa-core configuration, with two Monsoon chips and four Mistral chips, alongside a three-core Apple GPU and 3GB of RAM. In terms of storage, there’s nothing new:  you will be able to choose between 64 and 256 gigs of internal space.

There’s no doubt that one of the most attractive things about this phone is the camera setup. On the back, there’s a dual setup, with two 12 MP sensors, one with f/1.8 aperture and one with f/2.4, as well as phase detection autofocus, optical image stabilization and 2x optical zoom, aided by a dual tone flash.

It’s also worth mentioning the Portrait Lighting mode, which simulates studio lighting for the portraits you’re taking. Seriously, this is one of the coolest software tricks we’ve seen lately! And it’s also present on the front-facing unit, with its 7MP sensor, with f/2.2 aperture. The latter is always the main component of the Face ID system, which can be used for unlocking the phone and making mobile payments, through Apple Pay. Remember, the phone has no home button or any fingerprint scanner!

Custom emojis? Of course! In fact, they’re even better!

Tim Cook also spent some time talking about Animojis. Never heard of this? Well, basically, using the phone’s face scanner, you can create custom animated emojis, by scanning your face, and send them to your friends. This is the future, ladies and gents!

We still don’t know anything about the capacity of the iPhone X’s batter, but Apple claims that the phone has a longer battery life than the iPhone 8 and iPhone 7. Well, it makes sense, considering the size of the display.

Otherwise, the specs sheet is completed by a set of stereo speakers, active noise cancellation with a dedicated mic and yes, you guessed it, no 3.5mm jack. However, Apple includes a Lightning to 3.5mm adapter in the box. The phone has Bluetooth 5.0 and, probably one of the most important additions, Qi wireless charging!

The latter is a premiere for Apple, as it was highly requested by fans. Now you see why they opted for a glass back panel instead of metal? The fast battery charging battery is also present, as the phone can be charged to 50% in just 30 minutes.

Get ready to splash some cash

An impressive smartphone, isn’t it? Well, such devices don’t come for cheap and the iPhone X is no exception. The 64GB version will be available for $999, while the 256GB one will set you back of $1,149. However, carriers will offer you the possibility of opting for monthly payment plans, ranging between $49 and $56, for the iPhone Upgrade Program, including AppleCare+ for the 256 gigs model.

But hey, this doesn’t matter that you can already get it! The phone will be available for pre-ordering starting with October 27, so if you want to get it, here you can find a guide on how to pre-order it. As for the official release date, it’s November 3, but you should start queuing very early if you want to be among the first people to get their hands on the new iPhone X.

To wrap it up, the idea is simple: we’re looking at an amazing handset here, which will definitely sell very well, despite its not-so-pocket-friendly price. If you own an iPhone 6s or 6s Plus, we’d say it’s worth the upgrade, since you’re getting a lot of new features, not to mention the plus of power. iPhone 7 or 7 Plus users can also enjoy some new stuff, but except the design and a couple of extras, there’s not a HUGE difference.

In the end, it’s just up to you. If you’re a big Apple fan and always want to have the latest releases, you should check your finances and if you’re all good, get ready for a big waiting line, in front of an Apple Store.