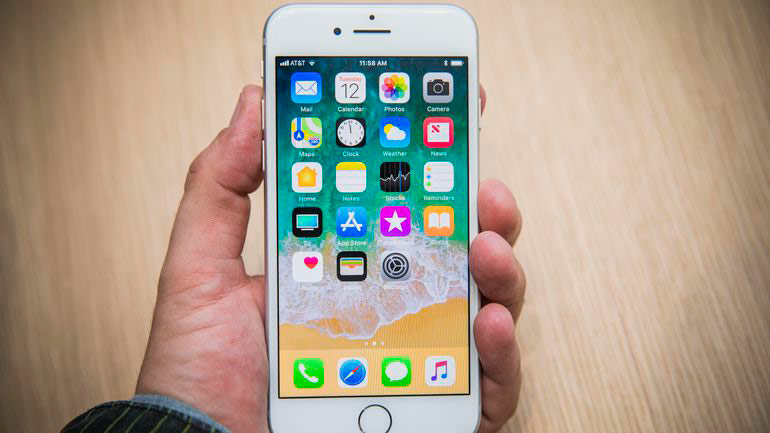 You’ve been waiting for it for a while and now you finally got your hands on it. Yes, we’re talking about your new iPhone 8, which, we must admit, is one amazing device. Still, it would be a pity to get it just for the looks, since it’s also a very capable smartphone, which can be used to do some pretty cool things.

In order to take advantage of its full powers, you need some apps, right? Don’t worry, you don’t need to start searching for the best ones, since we already did it for you!

Below you can find a list with some of the best iPhone 8 apps of the moment, which any users should consider installing after taking the phone out of the box. Let’s see what we have for you guys…

One of the main attraction points of the new iPhone 8 is the display. Apple opted for an IPS LCD panel, with 16 million colors and a 326 ppi pixel density, so you can enjoy crisp and clear images. Therefore, it would be a shame to stick just to stock wallpapers, right? 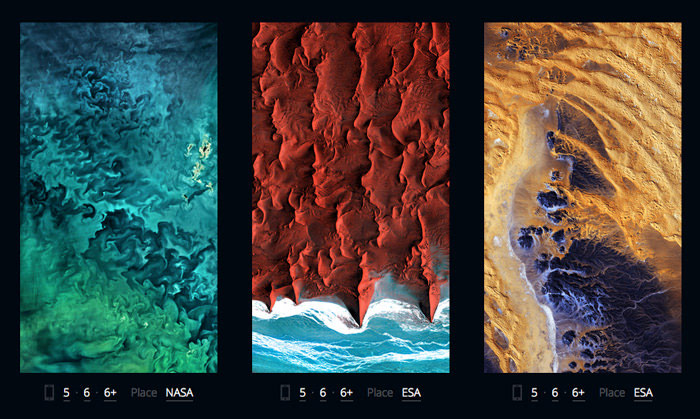 There are tons of wallpaper apps available in the App Store, but there’s no doubt that WLPPR is among the best out there. And it’s also completely free, with in-app purchases starting at $0.99. But don’t worry, the free stuff works just fine.

You will find a lot of great looking wallpapers for your phone, so you can easily add a personal touch to the device. And who knows, maybe you can even choose one to match your case, in order to really make the phone yours! 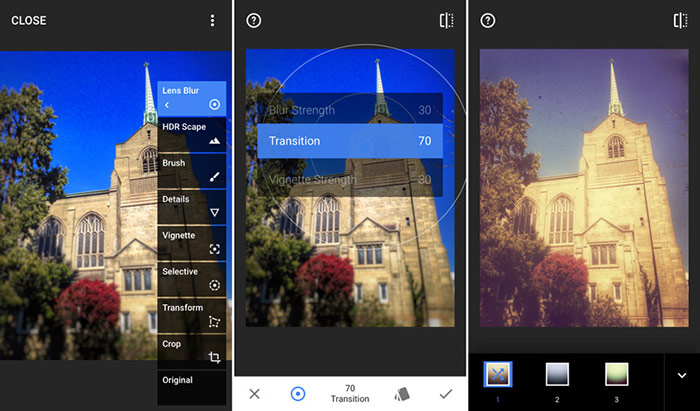 Speaking of attraction points, another reason to get an iPhone 8 is the camera. And no matter what people say, iPhones always had excellent cameras, capable of taking great snapshots! Not to mention that the editing features are also pretty cool, but why not take your photography game to a whole new level?

Google’s Snapseed is one of the best iPhone 8 apps when it comes to editing photos, offering multiple effects, in order to add that final touch to your photos. Seriously, we doubt that you’ll ever be patient enough to try all the available effects.

The app is completely free and it gets updated pretty often, so it’s worth giving it a shot!

During the launch event, Apple put a big emphasis on augmented reality, presenting a completely new software, compatible with several new apps. Ikea Place is one of them, being great for anybody who wants to redecorate. 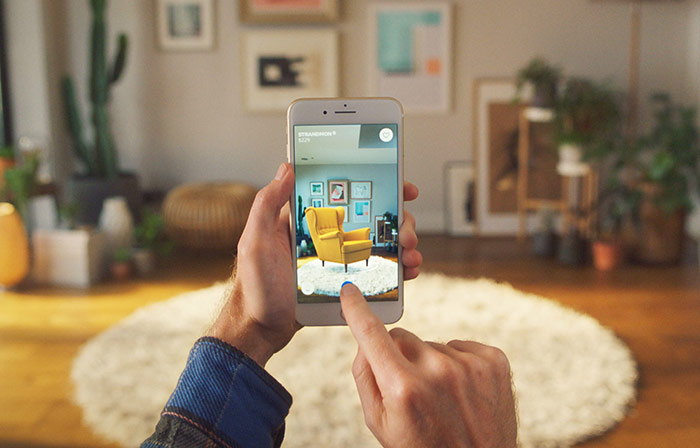 Basically, using your iPhone’s AR engine, the app offers a quick preview on how specific IKEA furniture items will look at your place, so you can decide if it’s worth ordering them or paying a visit to the store.

The app is also free to download and we’re convinced that it will really come in handy for anybody who wants to give a fresh new look to their homes. As a side note, if you’re not in need of new furniture, but still want to try AR, you can always try Pokemon Go…

Ok, so we can’t just ignore iOS 11’s augmented reality capabilities, so we decided to include one more AR-related entry in our top of the best iPhone 8 apps! 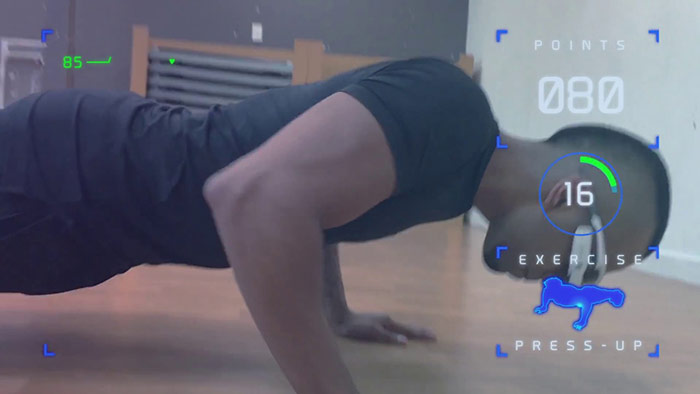 If you’re at least a casual biker, you should know about Strava, the social fitness-tracking app with more than 20,000 apps using its API right now. Well, one of these is Fitness AR, which allows athletes to visualize their routes on a terrain map, in 3D!

Besides this cool feature, you can also zoom on the routes and even create a video and save it in the camera roll, so you can share it. Still, the app is not free, but at $2.99, it’s worth every penny, if you ask us!

When it comes to music, the iPhone 8 comes with Apple Music preinstalled, but hey, why not opt for something even better? 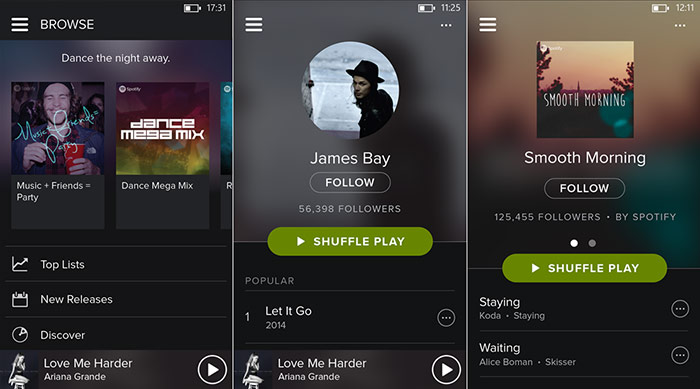 Yes, we’re talking about Spotify, one of the best music apps of the moment, with a huge amount of songs available. And by ‘huge amount’ we actually mean millions of songs.

The app is free to download and you can even use it without a subscription, but you need to deal with some ads from time to time. On the other side, if you don’t want any of them, you can opt for a paid subscription, for $10 per month.

Those days when Apple Maps was acting completely weird and showing…weird maps are history now, but this doesn’t mean that the manufacturer’s built in app is the best on the market. 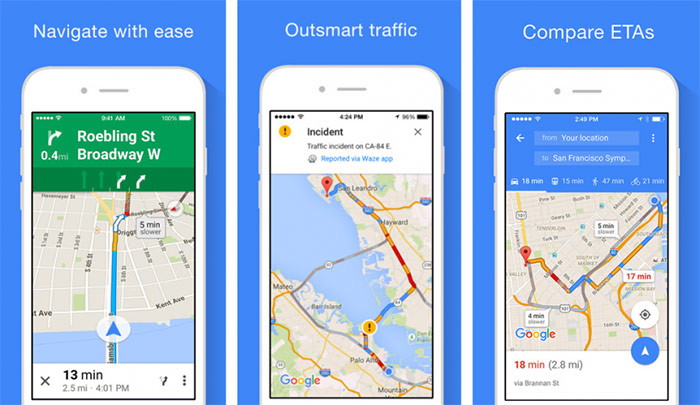 You must agree that Google Maps is still the number one choice for this, so it should be one of the first apps you install on your new iPhone 8. You never know when you need to get somewhere and don’t want to get lost. Not to mention that it also includes real-time traffic updates, suggestions of new places and location sharing features. 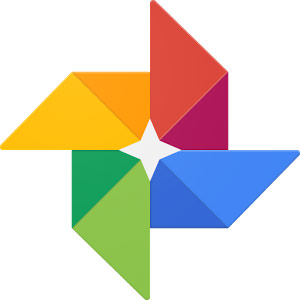 Even though it’s less likely to run out of space any time soon, since the new iPhone 8 has at least 64 gigs of internal storage, you never know when the picture and videos you shoot with that awesome camera will eventually fill up that space. So, what to do?

Opt for another Google service, of course! Google Photos is a great option for storing your photos in the cloud, for free, as you get 15 GB of space when you sign up, with the possibility of earning more.

The app is neatly organized and allows you to navigate with ease through all your snapshots and movies, besides sharing them in multiple places, with just a few clicks. No, not clicks, taps!

And this wraps it up, folks! These are seven of the best iPhone 8 apps of the moment, perfect to start using your new smartphone at full power.

Of course, we’re convinced that there are way more of them, just waiting to be discovered. If you know some more great apps, especially those allowing you to take advantage of the iPhone 8’s new features, do tell us about them, by dropping a few lines in the comments section below!