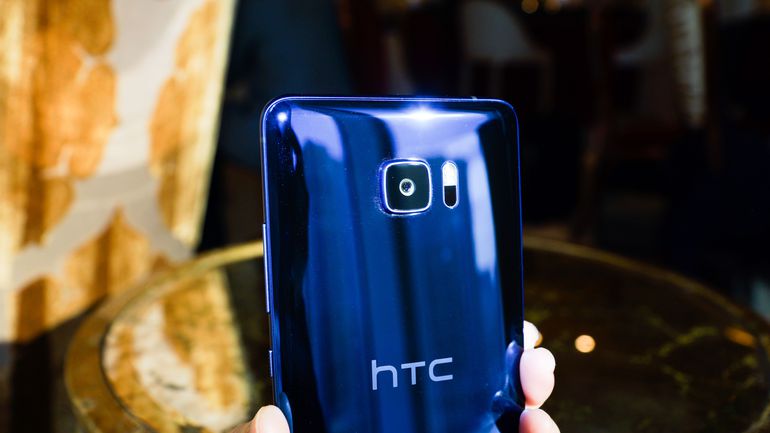 Last month, Taiwanese manufacturer HTC started sending invites for a special event, scheduled for January 12. Like expected, they weren’t revealing very much about what attendees should expect, since it was showing just the “C” letter from the company’s logo, but rotated 90 degrees. Yeah, it was a “U”.

However, since we’re the tech industry about which we’re talking here, shortly after, things got a bit clearer and we found out that HTC is planning to release some smartphones. Yes, not one, but two different models.

According to the rumors, they’re going by the name of HTC U Ultra, previously known as Ocean Note, while the second is HTC U Play, considered the successor of last year’s flagship, the HTC 10. Ok, so we’re dealing with the first big launch event of the year, cool. But are these phones going to be any good?

Also see: What to expect in Samsung Galaxy S8 and LG G6.

Well, it’s too early to tell, since there are a few hours left until the big event, but this doesn’t mean that we don’t know – or at least that what we like to think – the specs of these two smartphones!

First of all, we have the HTC U Ultra, which could be a real powerhouse, if the rumored specs turn out to be real. To be more specific, we’re talking about a phablet, rocking a 6.0-inch display, and a QHD resolution of 2560 x 1440 pixels. Still, it’s what’s under the hood that managed to catch our attention: the all new Snapdragon 835 chipset.

That’s right, Qualcomm’s very own top-notch model, freshly released and expected to power most of 2017’s flagships. But hey, wasn’t this chip supposed to make its debut on the Samsung Galaxy S8? That’s a bit weird, to be honest and make us have some doubts.

Anyway, the chip has an octa-core configuration and it’s aided by the Adreno 540 GPU and 4 GB of RAM, while the internal storage capacity counts 64 GB. We don’t know if it’s also going to feature a microSD card slot, but we wouldn’t mind at all seeing one! As for the battery, it’s rumored to have a capacity of 4000mAh.

In terms of camera, the HTC U Ultra should come with a dual-camera setup on the back, relying on a 24 MP sensor and a 13 MP one, while the selfie department will be represented by a 16 MP snapper. We’re looking forward to seeing some sample images taken by this baby!

And we saved the most interesting feature for the end. The handset is rumored to feature a secondary display, near the front-facing camera. There aren’t any other details about this, but it should be somehow similar to the one seen on the LG V20.

Moving on to the HTC U Play, believed to be the actual flagship, we must admit that we were a bit disappointed after checking the presumed specs.

The 5.2” smartphone is expected to have a full HD resolution of 1920 x 1080 pixels and MediaTek’s Helio P10 powering it, with eight cores, a Mali-T860 MP2 GPU, 3 GB of RAM and 32 gigs of onboard storage. Ok, this isn’t bad at all, but the Snapdragon 835 is way better than the Helio P10, the latter being considered by many tech fans as a mid-range chip…

The rumors are also pointing to 16 MP cameras, both on the back and front, as well as a 3200mAh to keep the lights on. Oh, and it should also have a fingerprint scanner embedded in the home button!

Currently, these are all the details we know about the two devices expected to be presented officially during HTC’s U event. We know, these two phones sound promising, especially the U Ultra, but our recommendation is to take everything with a pinch of salt, since there’s no guarantee that the specs are accurate. And that 835 powering the phablet is what started everything… But hey, you never know what surprises the manufacturer has for its fans!

What are your thoughts on this? Are these two HTC smartphones able to keep up with the upcoming Samsung Galaxy S8, LG G6 and the other high-end models, made by reputed manufacturers, which will also make their debut in the near future? Let us know, by dropping a few lines in the comments section below!