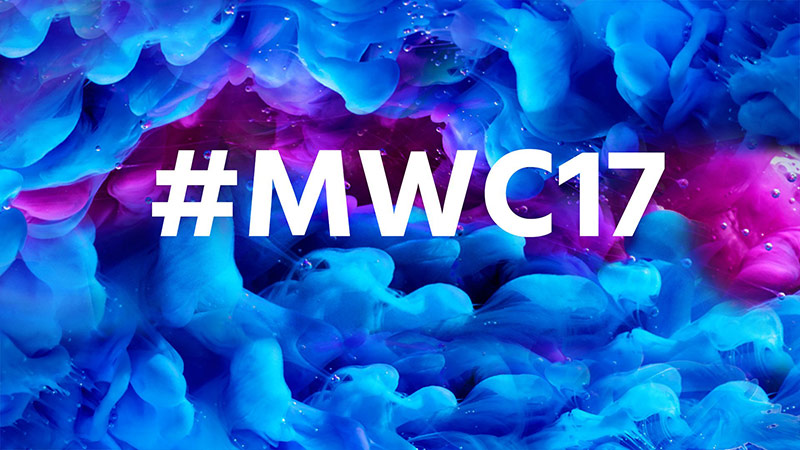 Like every year, the Mobile World Congress is Barcelona is one of the most expected tech events, since the biggest names in the game are announcing new and revolutionary devices!

No matter if we’re talking about smartphones, tablets, smartwatches or any others, we’re absolutely convinced that 2017’s show will be absolutely amazing, giving us an idea about this year’s trends, as well as about what we could see over the next years, through the concepts and new technologies that manufacturers are going to unveil.

With just a few hours left until the show opens its gates, we’ve made a short list with the most important devices we’re looking forward to seeing, including smartphones, a high-end tablet, some cool wearables and not only!

It’s pretty obvious that this one is going to be the star of the show, right? Or at least this is what LG is planning to do, after Samsung announced they’re delaying the launch of the Galaxy S8 until the end of March.

Over the past few days, the South Korean manufacturer released tons of teasers of their flagship, not to mention all the leaks that kept coming lately, so we pretty much know everything about the LG G6, but hey, we don’t exclude the possibility of finding out a few extra details about the handset, which managed to remain a mystery!

Keeping it short, the LG G6 is the most important smartphone we’re looking forward to seeing, since, according to all the leaks and rumors, it has all the chances of becoming one of the best models of 2017.

But hey, the LG G6 isn’t actually the only flagship launching at MWC 2017 that we’re curious about, since the folks over at Huawei are also introducing their highly expected P10 model as well!

You must agree that Huawei is currently playing in the big league, after a few years in which the Chinese manufacturer was considered just…well, another Chinese manufacturer and the P10, according to all the leaks that emerged lately, is going to be one freakin’ impressive smartphone!

A dual, Leica-branded camera setup, a slim design, high end specs…really, what more could you ask for? Huawei, please don’t disappoint us!

Ok, so they may not be launching their flagship during the show, but this doesn’t mean that Samsung doesn’t have a few goodies for its fans in Barcelona! And by ‘goodies’ we mean a new high-end tablet, able to deal even with the most demanding tasks.

We’re talking about the Galaxy Tab S3, of course, a 9.7” tablet, with an integrated S Pen stylus, which should make it a serious iPad Pro competitor.

It will be very curious to see how the market will receive this device, since many experts claim that the tablet market is somehow dying, despite the success of several models, like Apple’s iPads, for example.

One of the most interesting events will be held by HMD, the company that now owns the Nokia brand. The ‘save the date’ invites they sent claim that we’re going to see quite a few new smartphones on Sunday, February 26, in Barcelona, but without giving a lot of details about this.

The Nokia 6 was already launched in China and it was a massive success, but we must admit that we’re very curious about the rumored Nokia 8 flagship, a real beast in terms of processing power, teased at CES and expected to be able to compete with the likes of Samsung Galaxy S8, LG G6 or other similar handsets.

Back in 2015, Huawei launched one of the best looking smartwatches ever and now, there’s no doubt that it’s time for an upgraded version.

The Huawei Watch 2 will be making its debut at MWC 2017, with Android 2.0 on board. However, rumors claim that it will rock a sportier design, which could be a minus from a few points of view, but it will also take advantage of some new features brought by Google’s new operating system for smartwatches. Oh, and we’re also expecting an LTE version, allowing the watch to connect to cellular networks for data outside of Wi-Fi.

And this wraps it up, folks. In our opinion, these are the most expected devices from this year’s Mobile World Congress. Obviously, we’re going to see tons of new models, from most manufacturers, but the ones presented above somehow managed to create the biggest amounts of hype around them.

Which smartphone, smartwatch or tablet are you the most curious about? Also, what else do you expect to see at MWC 2017? Let us know, by dropping a few lines in the comments section below!