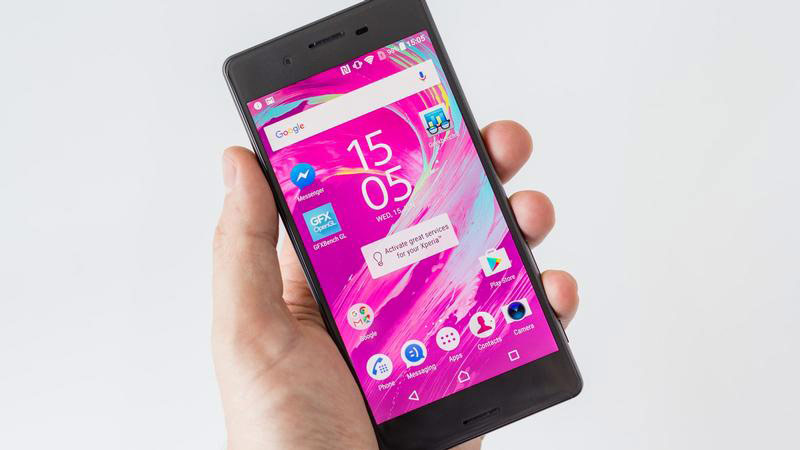 It was about time! Over the past days, the rumors about the upcoming flagships which are expected to be unveiled at MWC 2017 kept coming! LG, Huawei, Xiaomi, Nokia and many others confirmed that they’re planning to release their top notch models during the Congress in Barcelona, but, surprisingly, nothing about Sony.

Until yesterday, that is, when a first set of images with a handset believed to be the successor of last year’s Xperia XA made the rounds online. These images basically confirm all the rumors about Sony working on a new flagship, which, even though this wasn’t mentioned anywhere, could go by the name of Xperia XA (2017).

At a first look, the overall design looks more refined, compared to last year’s model, but maintains the same Unified Design concept, present on Sony’s most smartphones from 2016. We can observe a narrower Power button, meaning that the fingerprint scanner has been relocated. Also, at the bottom of the screen there’s a subtle slit, for the speaker, as well as a USB Type-C port.

As for our eternal problem, the 3.5mm audio jack, it’s there already. Initially, we couldn’t see it on the bottom of the phone and thought Sony joined the Dark Side, alongside Apple, HTC and others, but fortunately, it’s present, on the top of the phone.

Finally, we should mention a relatively interesting addition to this presumed Sony Xperia XA (2017): the strap hole. This feature was way popular back in the early 2000s, when people were carrying their phones around the neck or added various accessories. Could this trend make a comeback?

But wasn’t this supposed to be a flagship?

Ok, so we do have an idea about the way this phone will look, but what about the specs? Yeah…well, the trail is pretty cold and there’s still no benchmark or a very reliable source for this, but there are some rumors about a few specs!

We’re not saying that the 821 is not a good processor, but if Sony wants to really compete with the likes of Samsung Galaxy S8, LG G6, HTC U Ultra or Huawei P10, a Snapdragon 835 is somehow mandatory!

Otherwise, the phone is also expected to be equipped with 4 GB of RAM, according to My Smart Price, and at least 64 GB of internal storage. As for the camera setup, it’s still unknown, the same thing we can say about the battery. We’re pretty convinced that it will feature Android 7.0 Nougat out of the box, though, customized with Sony’s own UI.

Like mentioned above, the Sony Xperia XA (2017) will make its debut at this year’s Mobile World Congress, in Barcelona. The Japanese manufacturer already started sending invitations to their press conference, scheduled for February 27, at 8:30am CET, which will be live streamed from the official Sony Mobile website, as Android Authority states.

What do you think about this upcoming smartphone? Will it be Sony’s flagship or just an upper-mid-range model? Let us know, by dropping a few lines in the comments section below.