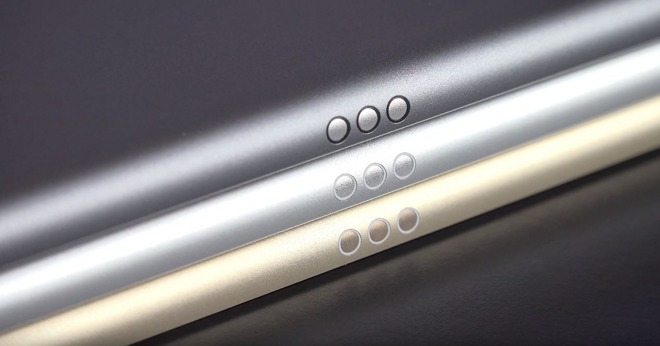 Each year, around September, the tech community gets all hyped up before the launch of one of the most expected handsets: the iPhone.

If we’re talking about a model with a whole new design, released every two years, things get even more interesting!

After seeing the 6S and 6S Plus last year, this fall’s event is expected to reveal a whole new, redesigned iPhone 7, alongside its bigger counterpart, the 7 Plus. Of course, everybody is very curious about the way this device will look and, like always, the Internet is flooded with leaks and presumed renders of the phone. Some of them can be very accurate, being very close to the original, while some of them are absolutely ridiculous!

Today, we’re focusing on a few details revealed by one of these leaked images. To be more specific, Oppomart, a website selling phones and accessories, is currently selling iPhone 7 and 7 Plus cases and the presentation images for one model is raising some question marks.

The Super Slim Clear Protective Skin Case for iPhone 7 Plus confirms some of the upgrades the handset will receive, like the dual-camera setup on the back and – this is what made us very curious – a three-pin connector on the back.

So, first things first. This is not a premiere for and Apple product. We’ve seen something similar on the iPad Pro, which has a Smart Connector on the back, for attaching accessories. Also, there were some rumors in the past about the next iPhone coming with this feature, so it might turn out to be true.

If you ask us, we definitely see this happening and there’s one big argument sustaining our opinion: Apple wants to make people forget about Samsung. The Galaxy S7, S7 Edge and Note 7 are some amazing devices, but they haven’t taken advantage of the modular design.

On the other side, other Android flagships, like the LG G5 or the Moto Z, did it and the outcome was pretty nice, allowing users to add various accessories on the back of the phones. However, Samsung’s high-end line-up is too good to even consider the fact that the phones are lacking such connectors on the back. If Apple will indeed load the iPhone 7 and 7 Plus with Smart Connectors, they will have a slight advantage over Sammy.

Also, it’s worth mentioning that Oppomart isn’t the only website where an iPhone was spotted with the Smart Connector on the back.

French site Nowhereelse.fr also posted a set of leaked images with the iPhone 7 Plus, revealing the same connector. And we’re talking about one of the most accurate sources for leaks, as proven over the past years.

To sum up, if these images turn up to be the real deal, it will be more than interesting to see the accessories the Cupertino-based manufacturer will come up with! Oh, and the prices as well, but that’s a totally different story.